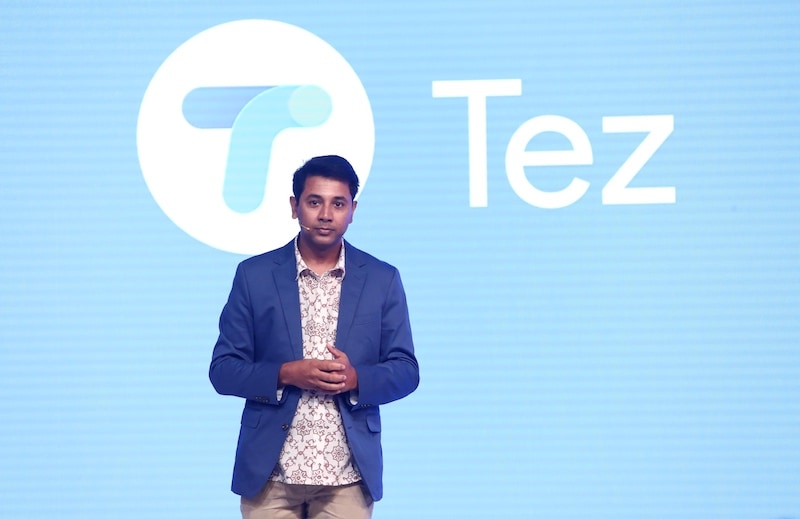 Even as Google's entry to India's payments industry puts it on a collision course with Paytm, the country's largest mobile wallet app backed by Alibaba and SoftBank, Google's Caesar Sengupta believes the company's new digital payments app for the Indian market - Tez - will help all the rivals.

In a televised interview with NDTV's Vikram Chandra, Sengupta, who is the vice president of Google's Next Billion Users programme, said Tez will create a network effect of sorts which would benefit all the players fighting for a slice of the country's payments industry which is expected to grow as big as $500 billion in four years.

Google's Tez app is powered by UPI, the payments infrastructure built by the National Payments Corporation of India (NPCI). Several players including Flipkart's PhonePe and NPCI's BHIM app use UPI as the backend platform to allow their customers to send and receive money. Several banks including ICICI and HDFC themselves have their own UPI-powered payments apps as well.

"What is really exciting is that UPI is built as an open, interoperable system. When you create an ecosystem effort like that what happens is even when one part of that ecosystem does well the whole ecosystem does well," Sengupta said. Google's Tez app can be used to pay to people who've other UPI-powered apps installed on their smartphones. "It's one of those network effect things," he said.

Mobile wallet apps, which Google's Tez app at present doesn't support, are expected to face most of the heat, analysts said. Unlike Paytm and MobiKwik, that require customers to top up their mobile wallets before making a transaction, Google's Tez offers the convenience of paying for things directly from the bank account. If users find that convenience compelling enough, they might jump ship.

"I'm certainly hoping they [competitors] are happy about it," Sengupta said. "Google always tries to take the platform approach. We want to enable more people to be successful with us. Whenever we have built an ecosystem, others have won and we have won. This is still a cash-based economy. 99 percent of our economy is cash-based. All of us together have to work very very hard for years to make a dent. But the end result of it is something we all want."

It will be interesting to see how Google reacts when its global rivals Facebook and Amazon also enter the payments market in India. Facebook's WhatsApp, which is used by more than 200 million users - by far the most of any smartphone app in the country - plans to add support for UPI in its app later this year, a person with direct knowledge of the matter said.

iOS 11 is Out Now: How to Download and Install iOS 11 on Your iPhone, iPad, or iPod touch
Google Tez Launch, iPhone X Benchmarks Destroy Android Flagships, WhatsApp Storage Update, and More: Your 360 Daily