Google is said to have acknowledged that the Google Wifi app is miscalculating the data usage if a OnHub router is connected to a Google Wifi router-based mesh network. It appears that the data usage calculated by Google's Wifi app on mixed networks is noticeably off from the usage reported by an ISP.

The search giant has admitted that the company is aware of the issue and is working towards finding a fix for the same, as per a report by Android Police. The publication's founder, Artem Russakovskii, encountered the issue some weeks back. He claimed his OnHub traffic stats were drastically different (i.e. over 4TB usage) from data reported by his ISP (1.4TB usage). 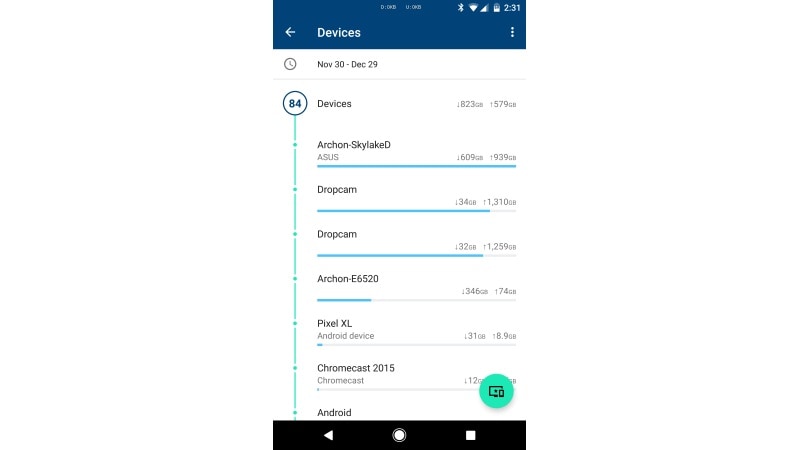 "After speaking with a specialist it looks like this is a known issue and we are currently working on a fix. Once this has been resolved, we will reach out to you via email with more details on the resolution," Google told Android Police in response to their query regarding the issue. For those unaware, the Google OnHub router - first launched back in 2015 - works with the Wi-Fi mesh network created by the Google Wifi routers.

Even though the search giant has not provided any timeline for issuing the fix, It will be interesting to see how soon the search giant rolls it out and whether it will come in the form of an update for the Google Wifi app, OnHub routers, or both.

Google launched its first OnHub router in August last year. The company claimed that with the router, users will be able to prioritise a device and get the fastest Internet speeds for data-intensive activities such as downloading content or streaming movies.