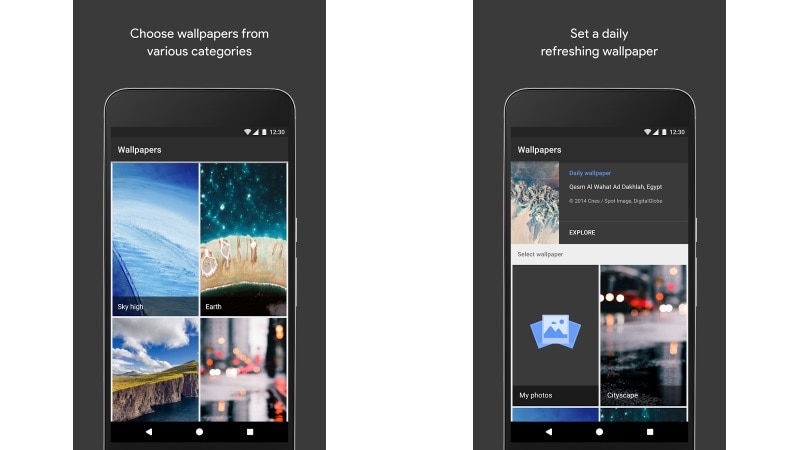 You can choose wallpapers from a variety of sections like Earth, Landscapes, Cityscapes, Life, and Textures. Interestingly, the app even allows you to access other wallpaper apps on your device, as well as gallery to choose an image as your next wallpaper. Google's app provides users with images from Google Earth, Google+, and other partners.

The Google Wallpapers app allows users on Android 7.0 Nougat and above to choose separate wallpapers for Home and lock screens while users on the previous versions of operating system can only choose images for home screen. Users also get the option to choose a particular category, from which their home screen wallpapers will be automatically updated by the app every single day.

The app is 2.3MB in size and has been released on Google Play store by the company right ahead of the release of its Pixel smartphones in the US on Thursday. If the initial user reviews of the app are to be considered, the app seems to have gotten off to a good start.

On a different note, the search giant has also made the developer preview of Android 7.1 Nougat available for Nexus 5X, Nexus 6P, and Pixel C devices, with more devices in line to receive the same soon.

Intel Gets Support to Overturn $1.16 Billion EU Antitrust Fine
For Honor Is Quite Possibly Ubisoft's Most Honest Game Yet