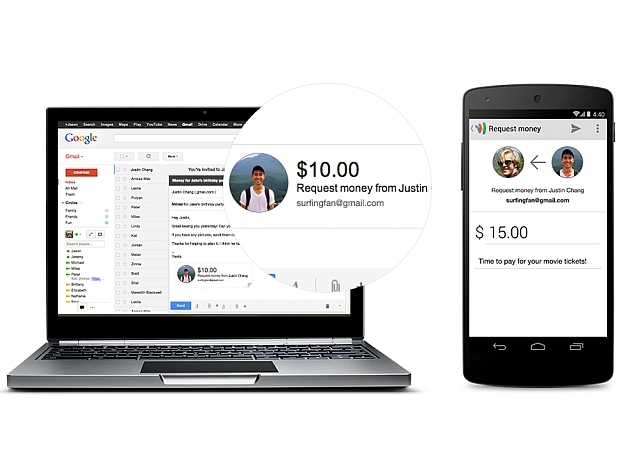 Google on Thursday has updated its Wallet app for Android and iOS devices with several new features that includes support for gift cards, ability to request from people, and the ability to send money for free via debit card.

With the Google Wallet app, now users can request money from known people. The request will appear as a notification right away, or the user can also use Gmail to make a money request, just like an attachment. As of now, the feature is limited to 18 year and above users in the US only, and Google has not specified if it will release it to other regions. Also users can now send money for free using their debit card in Google Wallet app.

"For all those times when your friends forget to pay you back for dinner, you can simply request money using the Google Wallet app," said company on blog post.

Google Wallet app users can now manage gift cards along with their loyalty cards and other offers. Users can either input the card information, or click a picture of it, and then proceed to show cashiers in stores in the US.

Google says there are certain merchant gift cards (e.g. Best Buy, Nike and more) that will let users check balance in real-time and get reminders to use them when the user is near a store. Also users can a save a gift card received electronically from the e-gift by selected merchants with clicking Save to Google in Google Wallet app. Additionally users will get notified when their online orders have shipped.

The Google Wallet for Android and iOS, now also supports Spanish language by setting device language preferences. Both apps can be downloaded from app stores and are supported in US only.
Comments