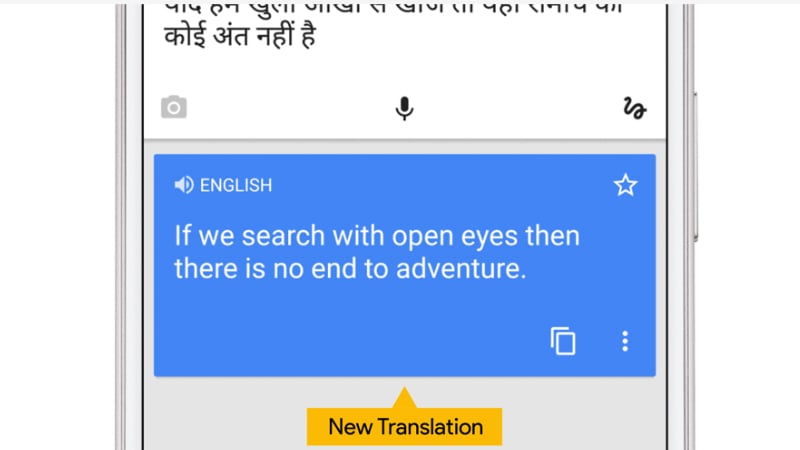 The search giant explains that neural machine translation understands whole sentences and translates them, instead of just individual words. The earlier method did help in basic translation, but the context or the meaning of the sentence was sometimes lost. However, neural machine learning looks to translate whole sentences giving you a more accurate meaning and fluency of a sentence in your preferred language.

"Neural translation is a lot better than our previous technology, because we translate whole sentences at a time, instead of pieces of a sentence. (Of course there's lots of machine learning magic powering this under the hood) This makes for translations that are usually more accurate and sound closer to the way people speak the language," Google said in its blog.

With the addition of Hindi, the Google Translate app becomes a handy tool for all tourists visiting the country. This support will arrive via an update to iOS and Android users. It will be available at translate.google.com, through Google Search, and the Google app as well. The company also claims that it will be introducing neural machine translation to more languages in the coming weeks. To recall, it was launched in November with support for English, French, German, Spanish, Portuguese, Chinese, Japanese, Korean, and Turkish.