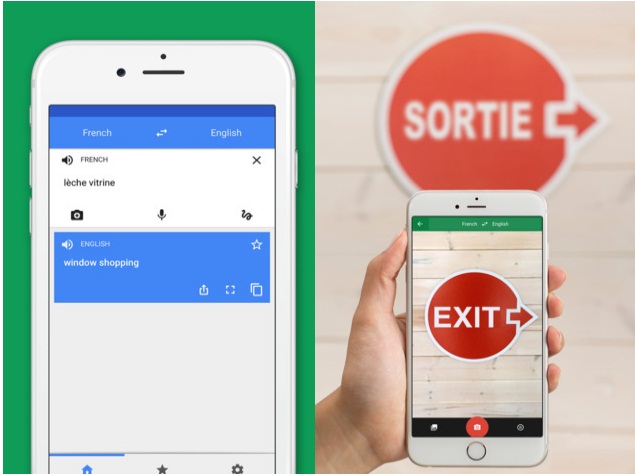 Google launched an updated Translate app Wednesday aimed partly at Chinese users and accessible in the country, in what could be a sign of the company's continuing efforts to explore a partial re-entry into the market here.

Google pulled its search engine from China in 2010 after refusing to submit to Chinese government censorship, and the company's products, including Gmail, Google Scholar, Google Play and YouTube, are blocked by China's system of Internet controls known as the Great Firewall of China.

China has long maintained that foreign internet companies would only be welcome in the country if they "respect China's laws" - in other words, if they submit to censorship and are prepared to surrender users' data to the authorities.

With the introduction of a the new app, it appears to be the first time Chinese users will be able to download and use it on Android and iOS without using special software to bypass China's Internet controls.

"With today's update, we're hoping to make the Translate experience better for Chinese users, helping break down language barriers by connecting people around the world," it said in its blog.

Earlier this month, the South China Morning Post reported that Google was in talks with the Chinese government about returning to China, and that Google Scholar, a search engine for academic literature, was among the first services Beijing wanted back.

Academics in China have long complained that their research was affected by their inability to use the service.

"China has been in touch with Google through various channels," Liu Binjie, a standing committee member of the National People's Congress and former head of the General Administration of Press and Publication, told the SCMP.

"The academic sector will be the first to get through. China's focus is on academic progress, such as academic exchanges as well as science and culture, instead of news, information or politics," he said.

In 2015, Eric Schmidt, executive chairman of Google's parent company Alphabet, was quoted as telling a tech conference in Beijing that the company was on regular contact with the Chinese government, and hoped to expand its presence here.

The company sells advertising to Chinese companies who wish to advertise internationally, and has offices in Beijing, Shanghai and Guangzhou, as well as Hong Kong and Taipei.

Charlie Smith, a founder of GreatFire.org, an organization dedicated to combating online censorship in China, pointed out that Internet users could still not download the app on Google Play because that remains blocked.

Smith, who uses a pseudonym for security reasons, said the app is only available for direct download via a Google site developed just for China and hosted in China.

"This is super ironic - because of censorship, Google has decided to basically sidestep its own blocked Google Play store to make their app available via an 'unofficial' store," he wrote. "Google may feel that this is a victory but in actual fact they should feel embarrassed."

"Google is spinning this as an opportunity to grow the market," he said, but argued it was "not a victory for the internet giant nor a victory for internet users in China. On the contrary, it sets the market entry bar higher for other companies as the authorities only need to point to the example set by Google executives."

On March 13, China gave YouTube preliminary approval for registering its trademark here, more than 10 years since the company first applied, according to China's Trademark Office. However, it was unclear if this represented any softening in China's stance towards the company: long legal battles to register trademarks are not unusual here, especially when other people have previously registered similar trademarks. There are also huge obstacles to YouTube entering China, given that Chinese law specifies video-hosting websites have to be 100-percent locally owned.