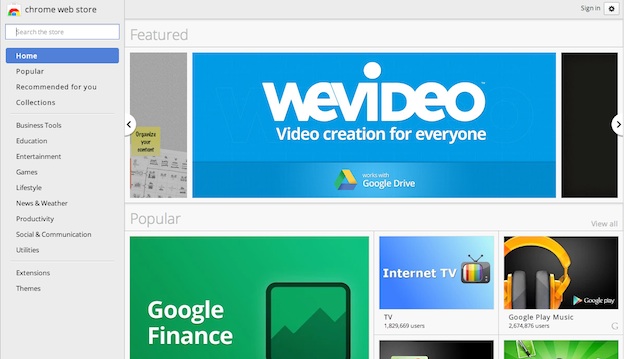 After invading the desktop with its HTML5-based Chrome apps, it looks like Google is all set to bring them to the Android and iOS platforms as 'hybrid native apps', if a new report is to be believed.

According to a report by the The Next Web, Google is working on a new toolkit that will allow developers to create Chrome apps for Android and iOS, and port existing Chrome web apps to mobile.

The online publication happened to chance upon a GitHub repository named, Mobile Chrome Apps, with Michal Mocny, a Software Developer at Google, as a member.

As per the documentation part of the repository, "the toolkit will help developers create Android and iOS hybrid native apps with Chrome app polyfills, through Apache Cordova," as noted by the report. It will allow developers to modify apps changing their design in line with mobile, fix bugs, work around limitations, and perform testing. According to Google, developers will be able to publish these apps to Google Play as well as the iTunes App Store. This means that one won't need to install Chrome on the device to use these apps.

The requirements suggested by the documentation point to Android 4.x being supported initially. iOS support is marked as "TBA" or to be announced.

The report also quotes Google developer advocate Joe Marini as saying that the project should be ready for more thorough testing early next year and the company 'hopes to have something in beta form in January.'

Google refused to comment on the development. However, The Next Web mentions a source close to the company as saying that the tools are not yet ready to be announced officially, yet.

Just a few months back, Google had launched a new generation of Chrome apps that offer an experience closer to native apps. The apps have the capability to work offline, can work independently without the need to open the Chrome browser offering a distraction-free experience, and can connect to the cloud, enabling users to access and save documents, photos and videos on their hard drive as well as on cloud storage solutions like Google Drive.
Comments

Android 4.4.1 KitKat update for Nexus devices in the works: Report
Datawind App Store to be developed by Happiest Minds Technologies