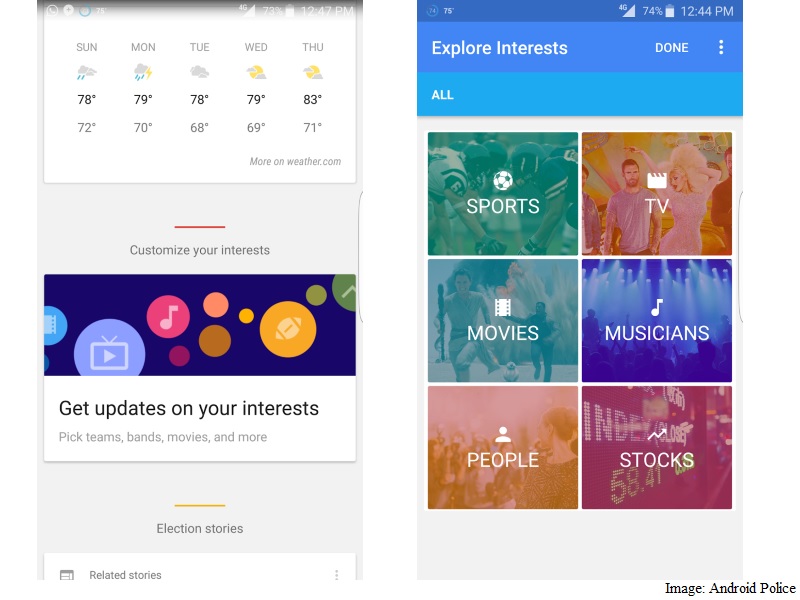 The categories that can be seen in the 'Explore Interests' section of leaked images and have come through are Sports, TV, Movies, Musicians, People, and Stocks. If anything happens in the chosen sport or to the person whom you chose to track, the update will come in the form of a Google Now card.

While the feature was spotted in the wild by Android Police, a Google spokesperson confirmed to TechCrunch that the 'Interests' feature is experimental and that the interface is currently being tested. The spokesperson added that there was nothing to announce at this time.

Getting back to the feature, we see that Google Now will give suggestions based on the celebrities, sports or even movies that are popular in your local area.

Google Now's primary objective is to provide you information regarding the subjects that you like to track and the progress that Google's offering has made since its launch and the direction in which it seems to be heading, seems quite promising at the very least.

In the meanwhile, leaks have suggested that Google is revamping its Google Now Launcher that ships with Nexus devices and is also available via Google Play. In the lead-up to the launch of its Google Assistant, it seems as that the search giant is adding more functionality to Google Now.
Comments