With the latest update, users can now use their iOS devices as physical security keys for 2FA. 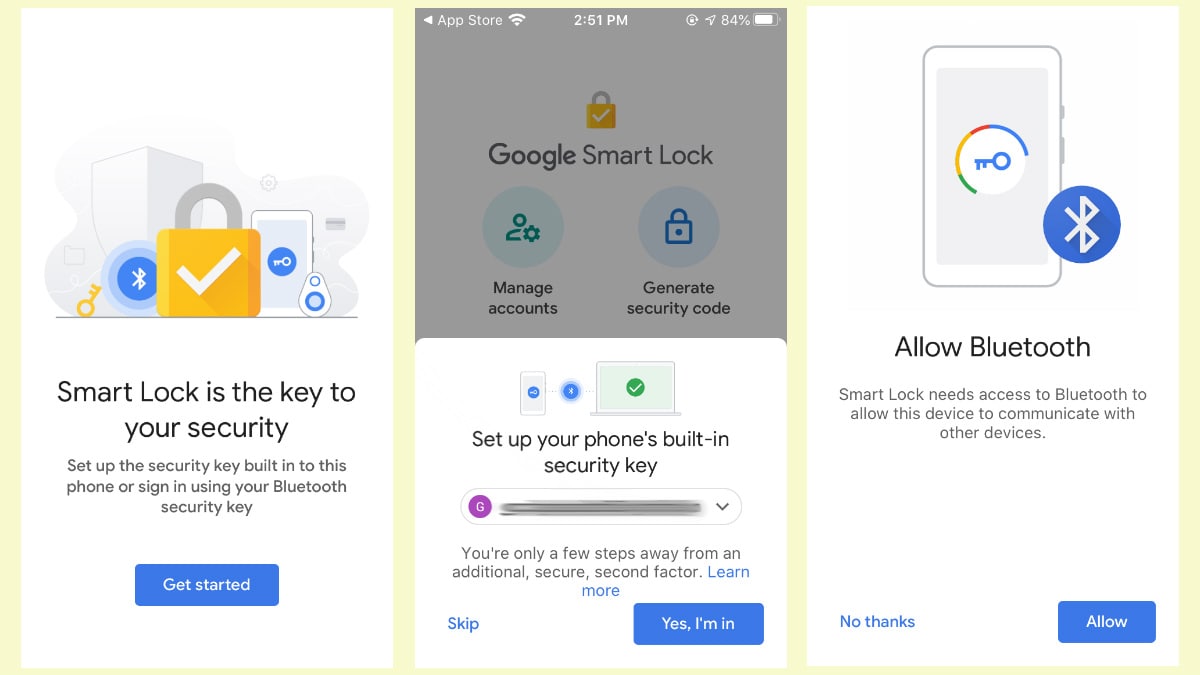 Google has updated its Smart Lock app on iOS to version 1.6, which now allows users to use their iOS devices as a physical two-factor authentication (2FA) key whenever they use Google's services in Chrome. Now, many of you must already be familiar with 2FA which we usually use in our daily lives. Say, we login to a service and as a part of verification, a code is sent via SMS or mail. And because this is believed to be insecure, physical security keys are recommended, which are actual physical keys that you can plug into your computers to verify that it is indeed you who's trying to login.

As spotted by 9to5Google, with the latest v1.6 update to Google's Smart Lock app for iOS devices, users will now be able to use their iPhone and iPad devices as physical security keys that they can plug in via a USB cable to their computers.

This means that as a user whenever you try to login to a Google service (Gmail, Drive, Keep etc.) on the Chrome browser, you'll need to have your iPhone or iPad physically near the computer, plugged in and within the Bluetooth range. Following which, you'll have to open the Smart Lock app on your iOS device and confirm that it is indeed you who's trying to login. Additionally, there's also the option to cancel with “No, it's not me.”

As per a tweet by Filippo Valsorda, who works at Google as a Cryptographer, the company wants to utilise the Security Enclave found in iPhone processor's, which in turn is also used to securely store the device's private keys. To recall, this feature was first announced by Apple with the launch of iPhone 5s.