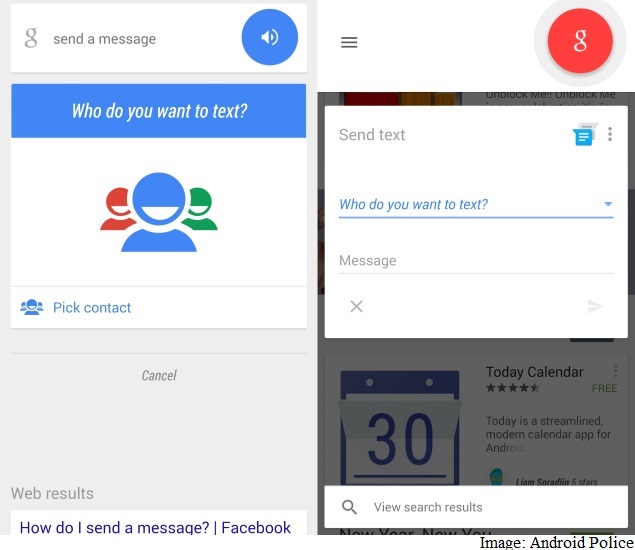 Last week, Google started updating the Google aka Google Search app for Android devices to version 4.1, with some improved and new settings. Now from recent findings, it has been speculated that there might be more to it as the Google Search v4.1 app code hints towards some new features like audible notifications, Project Hera, third-party integration and more.

According to Android Police, there are many features that may or may not come in the future, but there is one feature that is already live. The report claims that Google has tweaked the Google Now launcher ability to interact with users. Now the launcher works as an overlay representing their interactions, regardless of which launcher or application is active. This is different from the older version, where speaking the key phrase 'Ok Google' with any other app in the foreground would immediately launch Search, sending the current app into the background.

Based on some preliminary code in Google Search v4.1 in teardown, the report suggests that Google might add support for spoken/ audible notifications. While there is nothing more known to it as yet, it is only speculated that the notifications will be read aloud as they arrive. This would fit in with the long-expected Hands Free mode.

The app teardown also hints towards Google's mysterious Project Hera, which is speculated to be the deep integration between Web (Chrome) and Android platforms. The report notes that the new layout was added with the name hera_to_gsa_transition, which resembles Chrome's Omnibar and has been inserted directly into the search_plate layout.