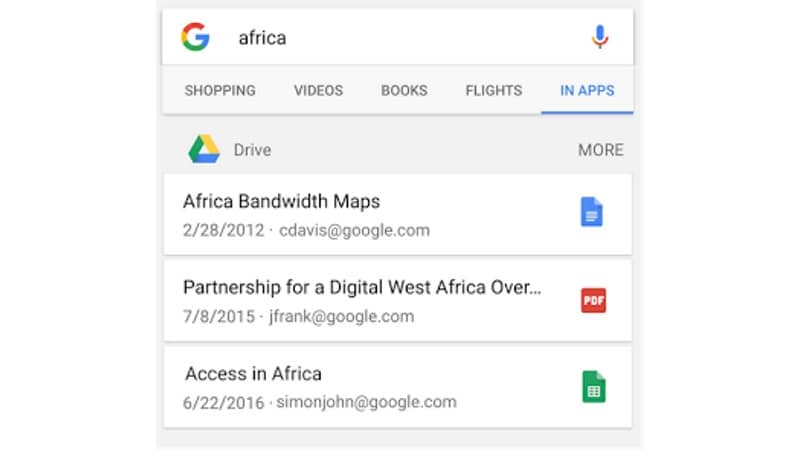 Google has announced that Android users will now be able to search through their Google Drive documents from Google Search app itself. As most users might already be aware, the 'In Apps' tab in the Google Search app allows users to search for content within the apps installed on their device. With latest update to Google Drive, users will be able to see search results for their Google Drive documents from this section of the app.

The search giant has added Firebase App Indexing to Google Drive's Android app, which allows for the Drive files and folders to show up as results when you search for them through Google Search app. "Simply type your query and tap the "In Apps" tab to view any Drive files relevant to your search. Select those files to open them in the appropriate app," Google said in its release note.

Google says that the rollout for this feature will be gradual and its visibility can potentially stretch out to longer than three days (from Thursday) as well.