Google's security team Project Zero has open sourced an automated testing tool called Domato which they have been using to find dozens of security bugs in popular Web browsers.

Domato has been used to find 31 security bugs in Chrome, Firefox, Safari and other browsers. But while there were only a handful bugs spotted in most of the browsers, Safari was an outlier with over 17 bugs, Google Project Zero's Ivan Fratric said.

Ahead of making Domato open-source, Fratric worked with Apple to give them early access to the tool so that they can work on it and patch all the issues. Apple patched all the 17 bugs Domato was able to spot in the browser. 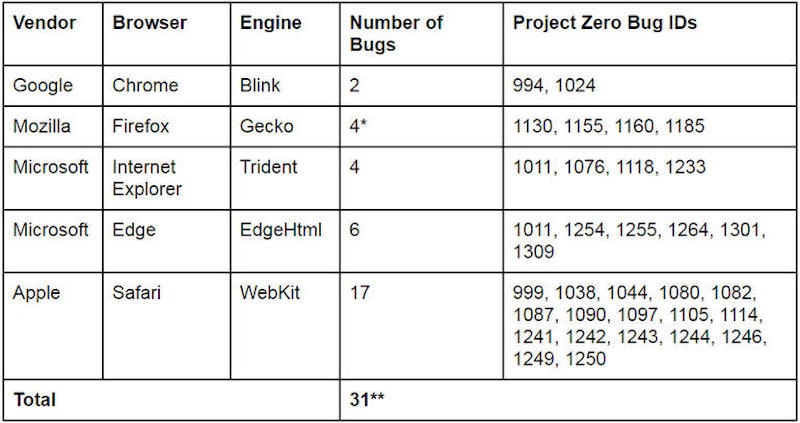 Fratric said he created Domato to uncover bugs in DOM (Document Object Model) engines of different browsers. DOM engines are part of each browser's rendering engine, and have typically been the source of several browser bugs.

"It is also interesting to compare Safari's results to Chrome's, as until a couple of years ago, they were using the same DOM engine (WebKit). It appears that after the Blink/Webkit split either the number of bugs in Blink got significantly reduced or a significant number of bugs got introduced in the new WebKit code (or both)," he said.

So why does Fratric want to open source Domato? He wants people to work on improving it so that more people can find zero-day vulnerabilities. A zero-day exploit in Firefox was used against users of Tor (a Firefox-based browser with enhanced tools for anonymity) to identify visitors to a child pornography website.