Google+ Premium Features Made Available to All Google Apps Users 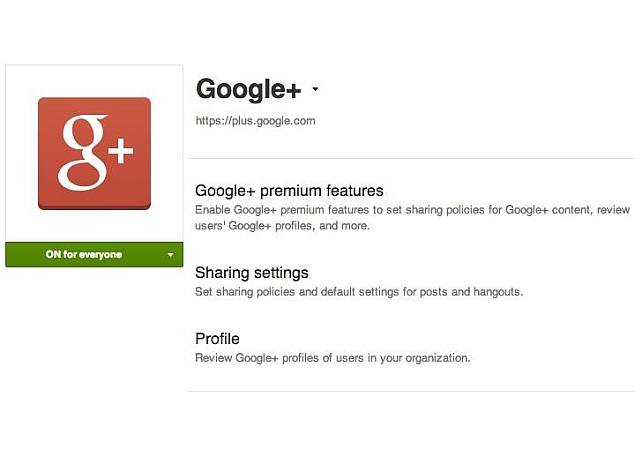 Google on Monday has started rolling-out its premium Google+ features to all its enterprise users (Google Apps), with noticeable changes to its Google+ and Hangouts apps.

"Today we're rolling out these premium features to everybody. It won't change the way you've previously interacted with Google+ or Hangouts, but it will let you access several great business-specific features you may have missed out on before now," wrote Michael Cai, Product Manager, on Google's Official Enterprise Blog.

Earlier the Google+ premium features were available as a preview that could be enabled by IT administrators. Now starting Monday, new Google Apps customers will see these updates as they register, while the existing users will see the updates in July.

The new premium features will provide organisations "more tailored Google+ experience with enhanced control options." Users can make Google+ posts restricted to their domain only such as a post by a company will be visible to its employees with premium features. Additionally, the restricted post cannot be further shared by the employee to anyone outside. The feature also adds the ability to hide employee profiles in external searches.

Google Hangout users with premium features can now initiate video chats with up to 15 persons at the same time and in HD video quality.

On Monday, the search giant has also announced its first round of Glass at Work Certified Partners who would deliver enterprise solutions for Glass. The firm continues to look out for more developers and enterprises for its eyewear.

Some of the Glass at Work Certified Partners announced by Google are APX, Augmedix, Crowdoptic, GuidiGO and Wearable Intelligence.
Comments