Google Play Store Redesign Now Rolling Out to All on Android, Chrome OS

Google has added a new navigation bar at the bottom in the Google Play Store on Android. 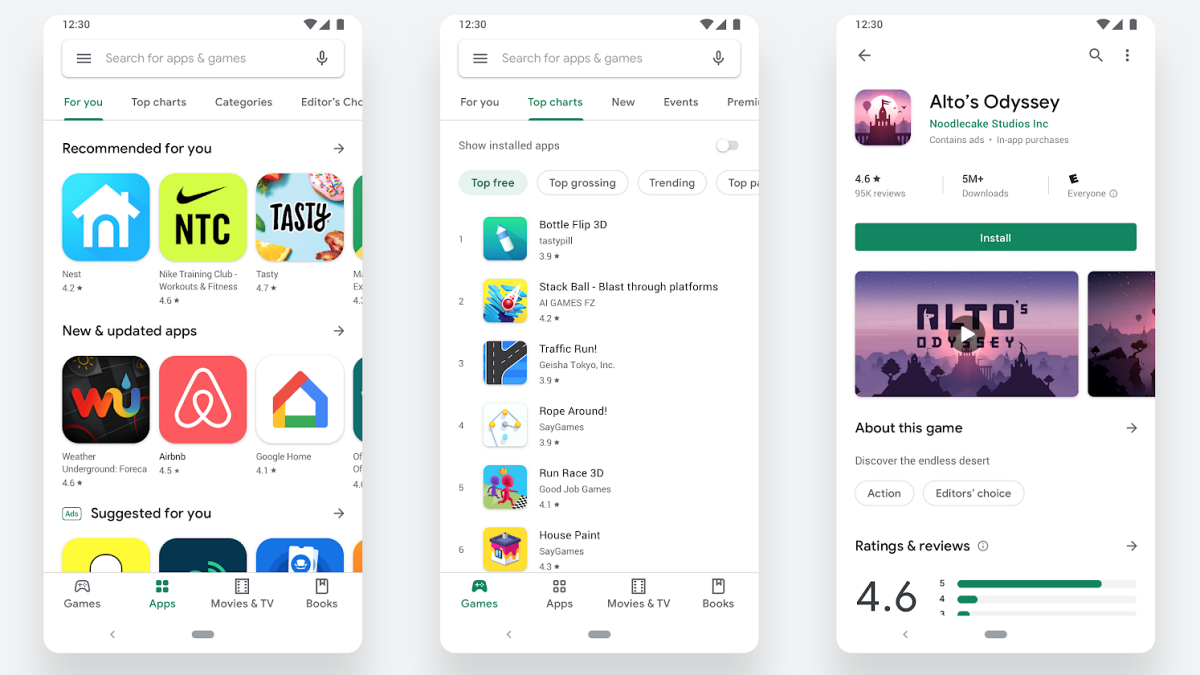 Google has announced that it is rolling out a complete redesign of the Google Play Store. The revamped Google Play Store uses Material design and includes several changes that make it cleaner and improve app discovery. The new design was released to select users recently, but it is now available to all. To recall, Google Play Store is used by over two billion active users monthly to download and install apps and games. It also acts as a store-front for Movies, Music, and Books.

Google also says that it has added a new navigation bar to the bottom for the smartphones and a new left navigation for tablets and Chrome OS to quickly jump to Games, Apps, Movies and Books categories. Music has been relegated to the slide out menu. Additionally, the Google Play Store will now carry distinct designations for games and app, to make it easier for the Android and Chrome OS users to find the right kind of content.

As mentioned earlier, the revamped Google Play Store is now available to all. If you aren't already seeing the new design, it will reach your Android or Chrome OS device over the next few days. The Web version of the Google Play continues to have the older design.