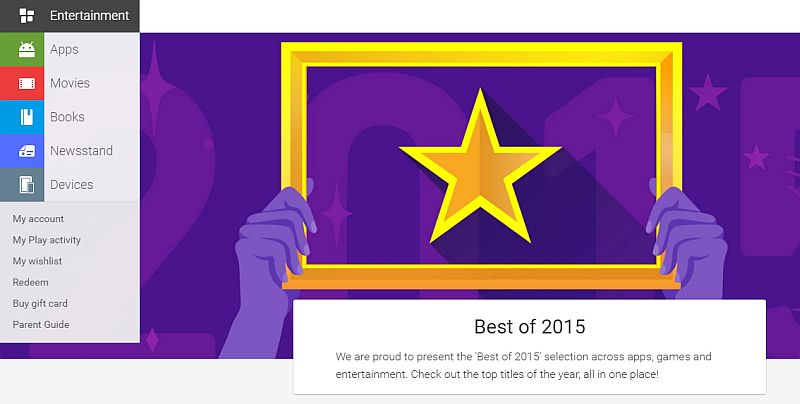 Notably, majority of games listed are free. The 'Best Games' section lists a few paid apps including Minecraft: Story Mode, Hitman: Sniper, League of Stick man, and Framed, among others. Some of the top games listed under best games include Talking Tom Jetski, Angry Birds 2, Minions Paradise, and Stupid Zombies.

It's worth noting that the 'Best of 2015' list shows the selection of apps, games, movies, books, and newsstand based on regions.

Google Play recently received a major overhaul which was first teased by the company in October. The revamp include creation of Apps & Games and Entertainment tabs, amongst other changes. Previously, the Google Play homepage shows combined contents from all the sections including Apps, Games, Movies and TV, Music, Newsstand, and Books.