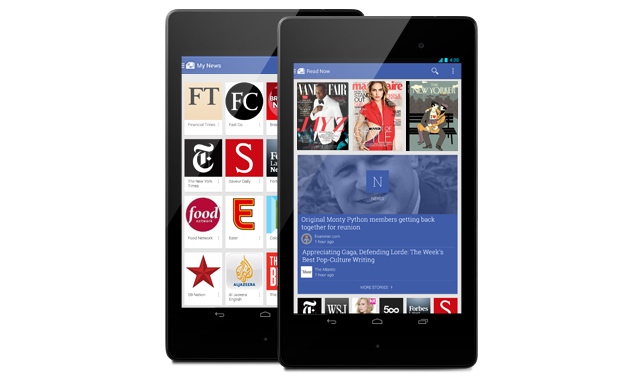 Google has combined its Currents and Play Magazines app into one  app which it's calling Google Play Newsstand.

The Google Play Newsstand app will be the single destination through which users will be able to purchase newspaper and magazine subscriptions as well as read content from online publications, blogs and news feeds.

The user's Google Currents subscriptions will automatically be transferred into Play Newsstand. For the uninitiated, the Google Currents app allowed users to browse and read content collected from various sources including publishers, RSS feeds, video and picture feeds, and public Google+ posts. It reformatted them to appear like a magazine designed for tablets and phones. Google was also looking to monetise the service for publications as it stripped their content of ads.

The new Google Play Newsstand app integrates Currents with Magazine and Newspaper subscriptions and offers all content in one location.

"With the swipe of a finger, you can browse full length articles, with beautiful images, audio and video right inside the app. You can access these articles even when you're offline or bookmark them to read later," said Google in a blog post.

Google Play Newsstand offers more than 1,900 free and paid full length publications that users can subscribe to or follow, as per Google.

For users in the US, Canada, UK and Australia, the Google Play Magazines app will be upgraded to Google Play Newsstand over the next few days, while users in other countries can download the app from the Play Store.  The app will also be available on iOS starting early next year.
Comments