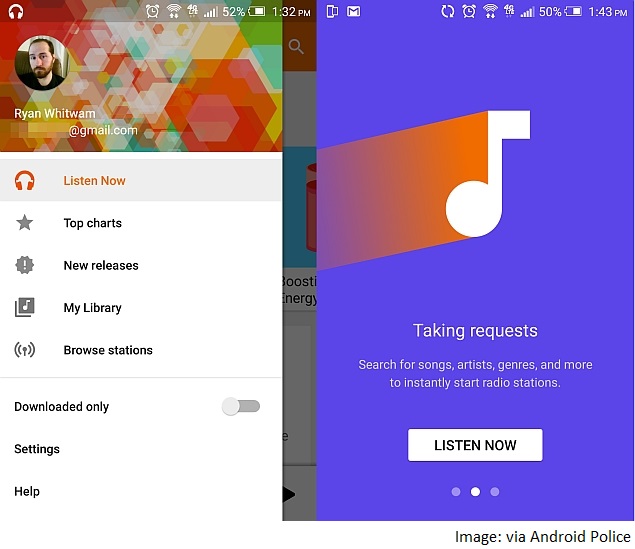 Google Play Music v6.0 sees Playlists and Radio moved inside the My Library option in the navigation drawer. New options namely New Releases and Browser Stations have instead been added in the panel. Both the free users and the All Access subscribers have the access to the new curated stations. Also, while the free users would see ads on the service, the All Access users would not see the same while streaming music.

As a part of the latest update, Google Play Music now features a new splash screen, as well as new radio and activity playlist artwork that goes in line with the website. The placement of the thumbs up/down buttons has been exchanged from the random/repeat buttons.

Google Play Music v6.0 also brings new features for Android Wear users. The Android Wear companion app v2.0 now comes with a download manager for music tracks, which are synced to the watch. The latest version now includes a new menu under app settings that lets users view the progress of mobile track downloads on the smartwatch. A small indicator on each line showing the sync progress can also be seen. A track can be removed from the connected Android Wear watch on a single tap.

The updated app has not yet reached India, where version 5.9.1854R is still listed on Google Play despite an update on Tuesday. Google said the updated app would be rolling out this week for Android and iOS. Android Police has however managed to obtain the updated app, and notes the changes.

Moving on to Google Calendar for iOS, the app has received a minor update on the platform that includes some new features. In the latest version 1.1.0 of Google Calendar for iOS, users would now be able to view more events at a glance using the 7-day week view. In addition, users can add week numbers too from the Settings page. Also, Google Drive files can now be added in an event. Directly accessing Maps or sending emails are also possible. The updated app is available to download from the App Store. 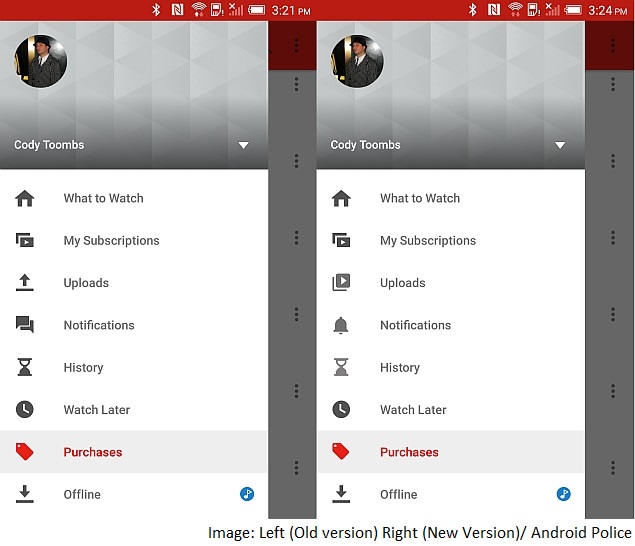 Lastly, the search giant has also updated its YouTube app version to 10.24 bringing new features, new UI and more. Besides several bug fixes, the app now comes with slightly new design and stays the same when it comes to functionality. Some of the other new inclusions are new splash screen and icons modified or replaced in the navigation drawer. A new card-based UI is also said to be live according to Android Police, but has not yet rolled out to India, where v10.21 is still listed.

BlackBerry to Build Android Phone Only if It Can 'Find a Way to Secure' It
Reddit Turns 10 - Do You Know the Front Page of the Internet?