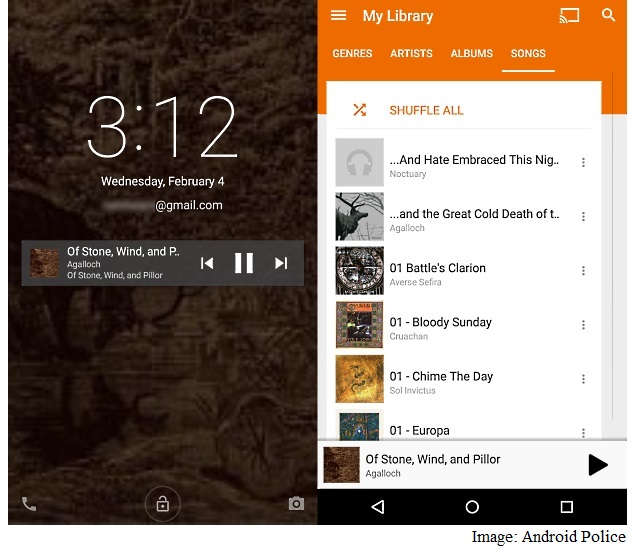 Google on Wednesday started rolling out the updated Play Music app for Android devices with some new features and little tweaks that were missed in the final Material Design update.

The new version (varies with device) of Google Play Music adds bio and history on artist page, new slide-up animation when selecting playlists, and the artists tab now uses album art at the top - instead of a grey icon if no image is available.

The little design tweaks include a full-height navigation drawer (when the main menu is swiped from the left), the return of the back/ previous button on lock screen navigations, the merging of Library scroll tabs which are now coloured orange to match the header, an improved Songs UI in My Library, and entire header and tabs now hiding while scrolling.

Google is pushing out the updated Play Music app gradually, like always. Until it reaches India (which should happen over the weekend), impatient users can download the Google-signed apk from Android Police.

To remind you, the company had released the Material Design-version of the Google Play Music app alongside the Android 5.0 Lollipop release. In November, the version 5.7.1717Q (in India) brought a new Listen Now feature that shows recently played music and improved recommendations. It also included new landing pages that show descriptions of albums and playlists. The Google Play Music update (All Access only) brought new radio stations based on mood or activity like 'napping', 'jogging', dance party' or 'brand new music.'