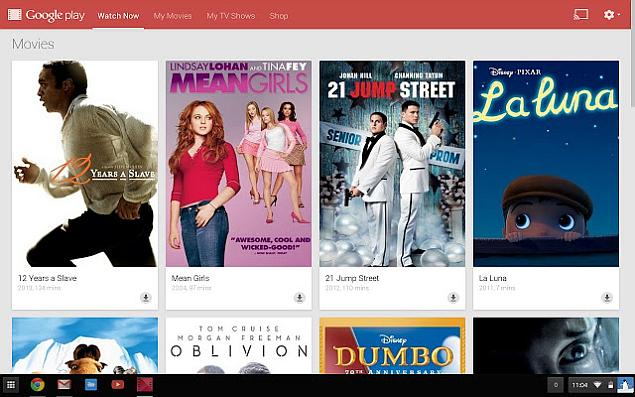 Google on Friday introduced a new Google Play Movies & TV Chrome app with offline playback mode for Chromebook owners. It means that users will be able to watch movies and TV shows on their Chromebook even in the absence of Internet.

Unfortunately the feature is limited to Google Chromebook users and doesn't extend to Chrome browsers on other platforms. However, Chrome users can still use this official extension (download) to view, manage or purchase content from it.

Notably, Google has rolled-out Google Play Movies 'info cards' feature to all 69 countries it provides the service, including India. Earlier the info cards feature was limited to users in the US and UK markets.

Once the card identifies the actors in the video, it will show a circle around their faces with the additional information. The cards are similar to the Google Now cards but they aren't a part of it.

Users can also get information about the songs being played in a movie or TV show. Tap on the screen to pause playback and once the song is identified, cards will show the song's title, artist, along with where it can be downloaded on Google Play.

At present there are only a limited number of movies and TV shows currently supporting the info cards. These info cards are compatible with devices running on Android 4.0 or higher.
Comments