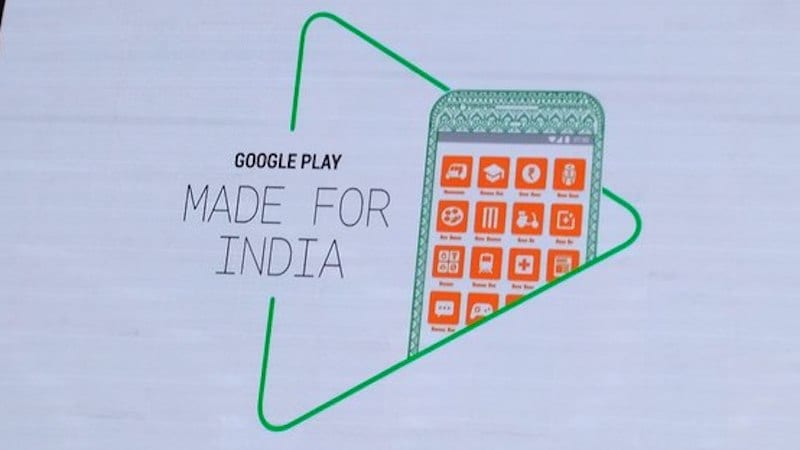 Hosting its first App Excellence summit for developers in Bengaluru on Tuesday, Google talked about the importance of creating applications that are made with Indian audiences - and the devices they use - in mind. To ensure this, the company has launched a program called "Made in India", which will help users to find apps that are relevant to them and optimised to their needs, and will help developers to find an audience.

"At Google Play, we are committed to helping Indian developers of all sizes seize this opportunity and build successful, locally relevant businesses," said Purnima Kochikar, Director, Business Development, Games and Applications, Google Play. "A lot of what we do at Google Play is support developers' imaginations and make Android consumers aware of the amazing new experiences our developers are creating."

Kunal Soni, Head of Business Development at Google Play added that while more people are going online, and devices are getting more affordable, as of the first half of the year, 2G connections still accounted for 70 percent of mobile Internet use. He added that the majority of smartphones are in the sub-$100 (roughly Rs. 6,500) category, and this also means that there are compromises to the user experience. For this reason, it's important for developers to build apps keeping these constraints in mind.

"You have to think about connectivity, and device compatibility, data cost, battery usage, content, and commerce," he said, adding, "and your app should have useful offline content. If you set your phone on Airplane Mode, how many of the apps do you have that are still useful?"

Speaking to the developers in Bengaluru, Soni also talked about different tests and tools available to ensure that their apps are working on as many devices as possible, and meet as many requirements as possible.

Kochikar also told the assembled developers that Google has seen a 150 percent year over year increase in apps installed, and added that it's important to make the content more local.

"We've also taken away a lot of friction, and today Indian users have the option of paying via carrier billing, through cash by buying gift cards," said Kochikar, "or with wallets."

"And are they paying?" she asked, and then answered it for the waiting developers: "the consumer spend is up 3x in India."