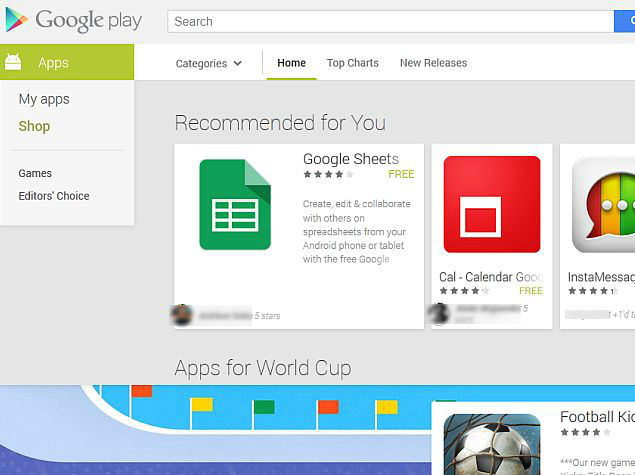 Just ahead of this week's Google I/O 2014 event, App Annie, an app analytics firm has published a report card showing positive growth results for Google Play's app downloads as well as the revenue it has generated.

All numbers and figures in the report point towards quarter-after-quarter growth. It has been noted that while last year Google had nearly 800,000 apps on Google Play, within six months it added around 200,000 more apps. The App Annie report (as per VentureBeat) stated, "There are now over 1.5 million apps available on Google Play... The number of apps grew by around 60 percent between July 2013 and June 2014."

Region-wise, the US tops the download charts with Brazil, Russia, South Korea and India completing the top five. However, in terms of revenue, Japan has been leading the race followed by US, South Korea, Germany and the UK.

A report in April, it indicated that while Google Play had a lead with 45 percent more downloads over Apple's App Store, iOS apps still generated a huge 85 percent more revenue than apps on the Google Play. It was also noted that a lot of the growth in the Android download numbers was being led by emerging markets like Russia and Brazil.