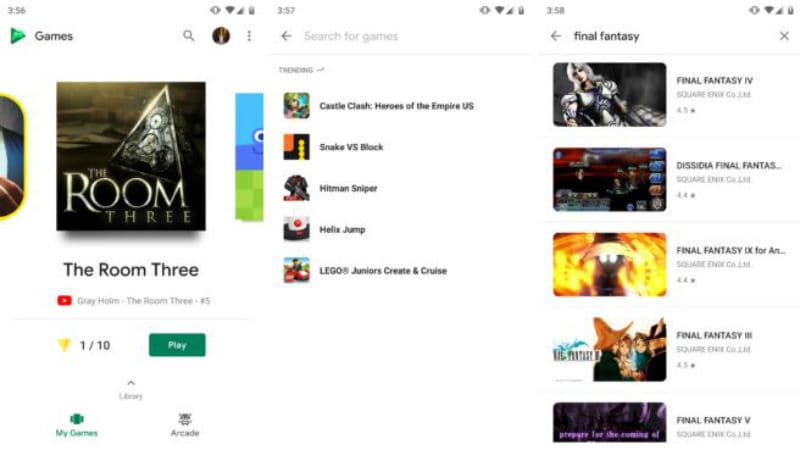 Google Play Games has now been updated (v5.10) with a search option, and a plethora of new features. An APK teardown of the latest Google Play Games app separately found it to be preparing to bring a new dark mode feature, as well as encouraging commentary shown alongside XP progress. Additionally, the app has also added an option to disable autoplay videos as well as Quest and Request notifications. Additionally, a new Search option, Snake game, and a white navigation bar have arrived in the app. Users will now also get links to YouTube videos for the games in your carousel.

You can download the APK file of the latest app (version 5.10.6082) from APK Mirror to experience the new Google Play Games features. Meanwhile, there isn't any certainty on when we can see the features uncovered through the APK teardown.

A report in Android Police says that all the recent releases to Google Play Games have introduced at least one change to the Settings screen. In the app version 5.9, Google got rid of the options to enable or disable quest and request notifications. This is not surprising because these features were removed by Google earlier this year.

Meanwhile, in the Google Play Games app version 5.10, the developers have added a new toggle that lets you control autoplaying videos. The report says that the new feature lets you decide whether you want the thumbnail-sized frames in the Arcade tab to show a glimpse of the gameplay via animations. Notably, Autoplay videos have been a major area where Google has been taking initiatives over the past few months.

One of the key highlights of Google Play Games v5.10 is that it now comes with a Search button. The new button can be seen at the top of the screen. It is hard to imagine, but the app did not have a search option until now. Meanwhile, the report says that when you tap on the Search button, you are presented with a list of trending games. However, when you start typing it gives you suggestion.

Finally, the report noted a couple of other features that are available only to select users. The bottom navigation bar has also been changed from green to white. The report says, "The tabs for My games and Arcade now appear to be hovering in empty space." First spotted in the version 5.6 teardown, Google Play Games v5.10 gets a new Hub tab on the navigation bar, containing articles from gaming news sites.

In the version 5.8 of the Google Play Games app, a new feature was added that provides a link to a YouTube video for the games in your carousel. The report says that the videos could have been chosen randomly, but they always include gameplay footage. Notably, all games do not have links to YouTube videos.

Additionally, there is a new progress screen for players with a different layout. Images of the avatar and achievements are now bigger and prominent and 'Players you follow' tab has gone to a new page in the third tab. Also, besides Cricket, PAC-MAN, and Solitaire, the service now also offers a native Snake experience, first introduced in Google Play Games v5.8.

As per a teardown of the Google Play Games v5.10 app by Android Police, there are a few things coming to the service. About the new Dark Mode feature, Google Play Games will get an alternate display mode to make the app more usable in low-light conditions and also put less strain on users' eyes. The report says that the whole app gets a new the dark colour theme. However, there is no clarity on whether it will be applicable to the logged-in banner that pops up in games when users sign in or gain a level.

The report says that Google is working on new encouraging messages meant to encourage players to keep progressing through levels, informing them when they hit a level that puts them closer to a smaller percentile of the global user base. It says that for the initial levels, players get some motivating words to keep playing, and it states that over 50 percent of players have hit level 5. Additionally, when users reach level 9, the phrasing gets a bit more specific as it states that 25 percent of gamers are level 10 or above. Going further, each level includes quite specific percentages. It is worth noting is that teardowns are speculative in nature as the app may or may not get the same features in its next update.

Nokia 5.1 Plus Tipped to Launch on July 11, Price Also Leaked