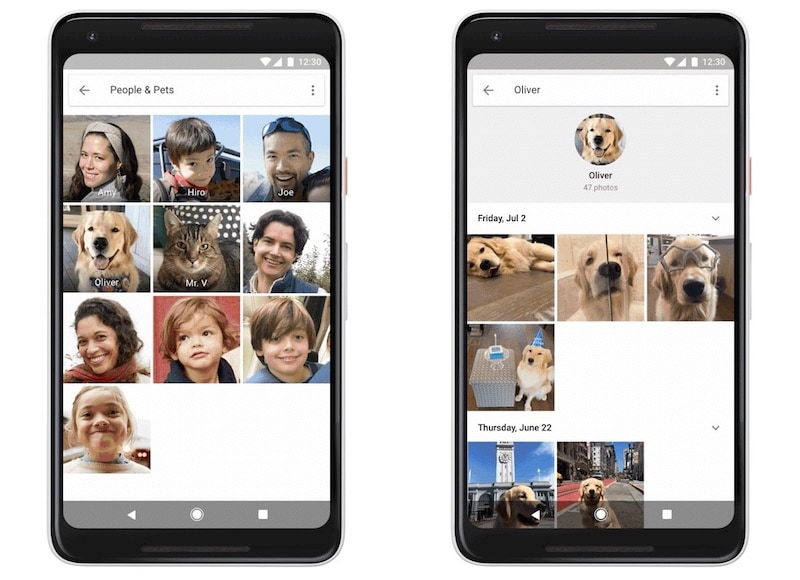 Google Photos for Android version 4.0 has received the new interface

Google Photos has received a design overhaul that brings Material Theme elements. The updated Google Photos (version 4.0) is rolling out for Android devices. In addition to revamped icons and Google Sans font that are part of the latest Material Theme, the new version brings more white space throughout the interface. The updated Google Photos also includes an option to show you metadata of each of your shots. It essentially sits alongside some other Google apps including Android Messages and Chrome that recently received updates with Material Theme elements to match the experience of Android 9.0 Pie.

The very first change that you may notice after updating the Google Photos app on your Android device is the refreshed tab icons that are filled with white colour. This means you'll now see only the outlines of the Photos, Albums, Assistant, and Sharing tabs available at the bottom of the Photos app. Similarly, the search bar at the top now has rounded corners. Once you tap the search bar to find your memories, it shows results against a solid white background. The Albums tab, which includes the collections of your photos and videos, now shows thumbnails with rounded corners instead of the previous sharp corner thumbnails.

Google hasn't notably made any changes to the navigation drawer that gives access to the settings menu, device folders, and bin. However, the icons now filled with white colour.

Design changes on the updated Google Photos aren't limited to the common places. You'll see rounded corners and Google Sans font while using Google Lens as well. Similarly, there is a style tab indicator that you'll notice at the time of switching tools while editing images on the Google Photos app.

An option to view metadata of images has been added within the updated Google Photos app. You just need to swipe up the photo while viewing it fullscreen to see its metadata such as the date when the photo was taken and the place where it was taken as well as the associated EXIF data. Alternatively, you can access the metadata by pressing the three-dot button from the top-right corner and then tapping the Info option. You can also add a description to your existing images directly from the Info screen.

You can download the updated Google Photos on your Android device from Google Play. Since the app is rolling out in phases, it may take some time to reach your handset. Nevertheless, you can sideload the app by downloading its APK file directly from APK Mirror.