Google Photos Live Albums Feature Has a Limit of 10,000 Images 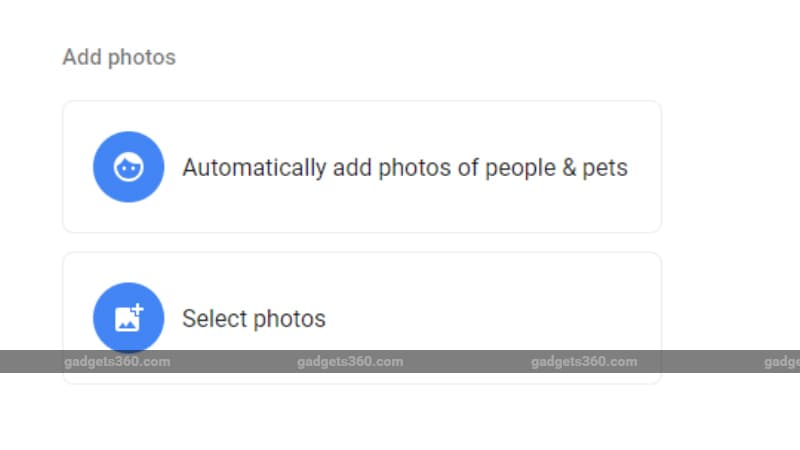 Once the Live Album crosses the 10,000 limit, no new photos can be added.

Earlier this month, Google introduced a nifty feature called Live Albums in Google Photos. This album essentially segregates photos of your dog, baby, or partner, into separate albums for you to scroll through all of their pictures in one go, and not manually find them in All Photos. This Live Albums, while a nifty feature, has a limit of 10,000 photos. If a user additionally adds more photos beyond the 10,000 limit, these Live Albums won't save them moving forward. This means that beyond the 10,000 limit, all your photos will then be accessible from the 'All Photos' folder only.

Users who have been adding photos to these Live Albums have now taken to the forums to inform others of this limit, and are asking Google to increase it by a significant margin, or remove oldest photos to make room for the new ones. While this limit may be enough for some users, others who have a huge archive of Google Photos or those who take frequent pictures, may find their limit being exhausted rather soon. Once a Live Album crosses the 10,000 limit, no new photos will be added after that.

Android Police first spotted these user feedbacks on the Google forum, and these users state that once the 10,000 limit is reached, Google warns with a notice that reads, "Live Album paused". It notes that the user cannot add any more new photos to that particular album, and the only workaround for now is to delete some old pictures to make way for new ones. There are many instances when a user takes multiple pictures in one go, and deleting the unnecessary and repetitive ones would solve the purpose. Google currently doesn't have an algorithm in place that deletes these redundant photos from the library automatically and keeps only the best ones. Users also think that deleting old photos from Live Albums, instead of 'pausing' it is a more viable solution.

In any case, Google has also updated its support page to reflect this ceiling limit. Live albums can be created by heading to Google Photos > selecting New Album > automatically add photos of people and pets. These live albums can then be shared with others, and these users can view the photos to this album, and even add to it.