Google Photos for iOS Gets Support for Live Photos, Split View, and More 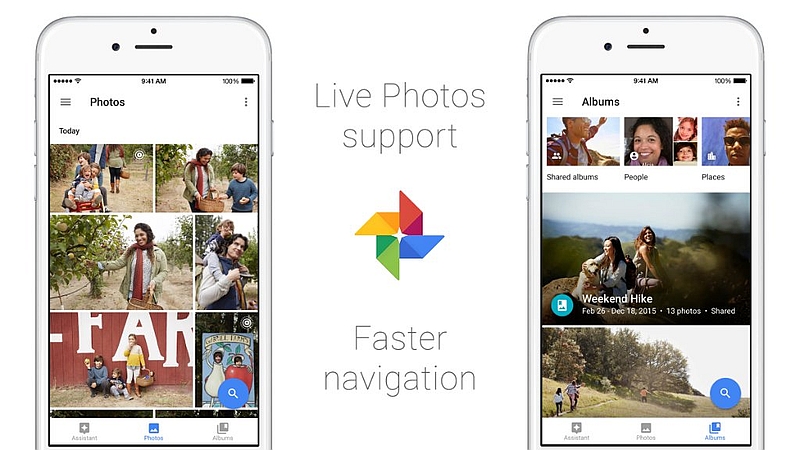 Google has consistently been rolling out updates and new features for its Google Photos application to increase its user base. It hasn't only been focusing on its Android platform, but also on a rival mobile operating system - iOS. The company has this time rolled out an update for Google Photos for iOS with a feature exclusive to Apple iPhone models only.

The search giant on Monday rolled out Google Photos on iOS with support for backing up and viewing Live Photos, a feature exclusive to iPhone 6s and the iPhone 6s Plus. Besides support for Live Photos, the update also brings improved app navigation, letting users spend less time flipping hamburger menus.

Some of the other features included in Google Photos v1.8.0 for iOS are reduced cache usage when the iOS device is low on space, which might likely be the case with 16GB iPhone models, Split View feature support for iPad Pro, native iPad Pro resolution support, and some performance improvements. The updated app is available to download from the App Store.

Google last week for its Google Photos desktop version rolled out an update that let users edit images faster and with more ease. Users can now swipe between images while staying in the edit mode. As soon as the user moves away from the edit mode, the edits will be saved automatically and can be undone as well by clicking on "Revert to Original".

In December, the company also brought the Shared Albums feature to Android, iOS and Web. The feature was shown during the Google I/O conference last year.