Google Photos Gets a 'Favourite' Feature, 'Like' Button Rolling Out 'Soon' 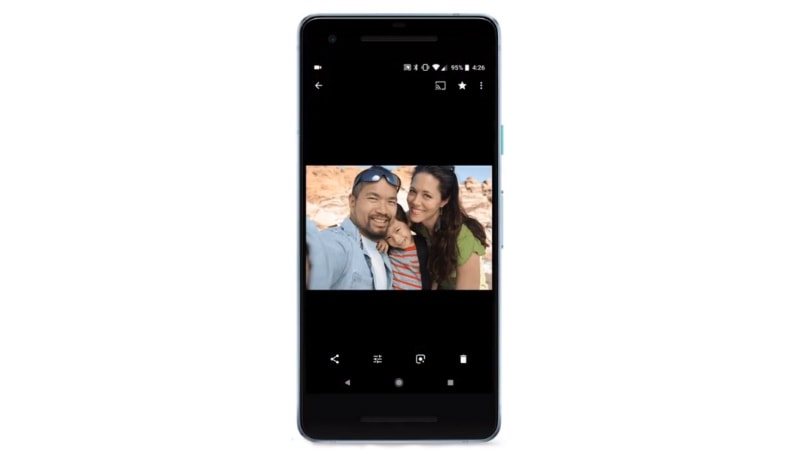 Google Photos has received the ability to let you mark favourites among your precious memories. There is a dedicated Favourite feature to enable the new experience and collect all the favourite images under one roof. Also, Google is adding a heart icon, which appears to be inspired by the like button on Twitter and Instagram, to allow you to show love to the memories shared with you. The new developments emerge days after Google Photos was showcased with a bunch of artificial intelligence (AI) powered features at I/O earlier this month.

First in the series of two new changes is the arrival of the star button that brings the Favourite feature to action. Once you tap the star button from the upper right corner of any photos in your library, these will be marked as favourite. These favourite photos come under the Favourites section that you can access from the Album tab. The new section essentially allows you to view all your favourites in one single place.

Google in a formal announcement through Twitter on Tuesday confirmed that the Favourites feature is rolling out this week. However, there is no clarity whether it will first arrive on Android devices or will also debut on devices running iOS.

In addition to the Favourites feature, Google Photos will soon let you show your love to the photos shared by your friends. There will be a heart icon that you'll able to tap to like the photos your friends shared with you. This would ultimately add a social flavour to Google Photos and makes it closer to social networking services, including Instagram and Twitter.

At I/O 2018, Google announced the availability of Suggested Actions on Google Photos that leverages AI to recommend actions and let you capture better shots. The search giant also showcased how AI can help you enhance your photos with 'Color Pop' feature and the ability to colourise your black-and-white images. Among other features, Suggested Actions and Color Pop have already rolled out for some users.