Google Personal Safety app is only available in the US as of now.

A new Personal Safety app has been spotted on the Google Play Store that seems to suggest that car crash detection and emergency sharing features will be coming soon for the Pixel smartphones in the US, as the app description clearly states, “Personal Safety is an app for Pixel phones that helps you stay safe and connected to first responders and your emergency contacts.” The app sports the version number 1.0.271601625.release and is itself a rebranded version of the built-in Emergency Information app. Currently, at this point, it is unclear whether the app will be made available for all Pixel smartphones or only the new and upcoming Pixel 4 smartphones.

The Personal Safety app was first spotted by folks at XDA Developers as an update to the Emergency Information app on a Pixel 2 XL, but has since been pulled from Google Play. The app appears to only be available for US customers as of now. The Google Play listing, before being pulled, read:

Google has designed this app to figure out if a user has been in a car crash. How this works is that when your phone detects if you're in a car crash, it will raise an alarm at maximum volume, asking you if you need help. If you don't respond, it will instantly call 911 for help to report your situation. For this process, the phone will use your location and sensor readings from the accelerometer and microphone to detect when a car crash has occurred.

Another important feature of this app is Emergency sharing. With this, users can share a small custom message along with their current location to share their emergency status with multiple contacts. 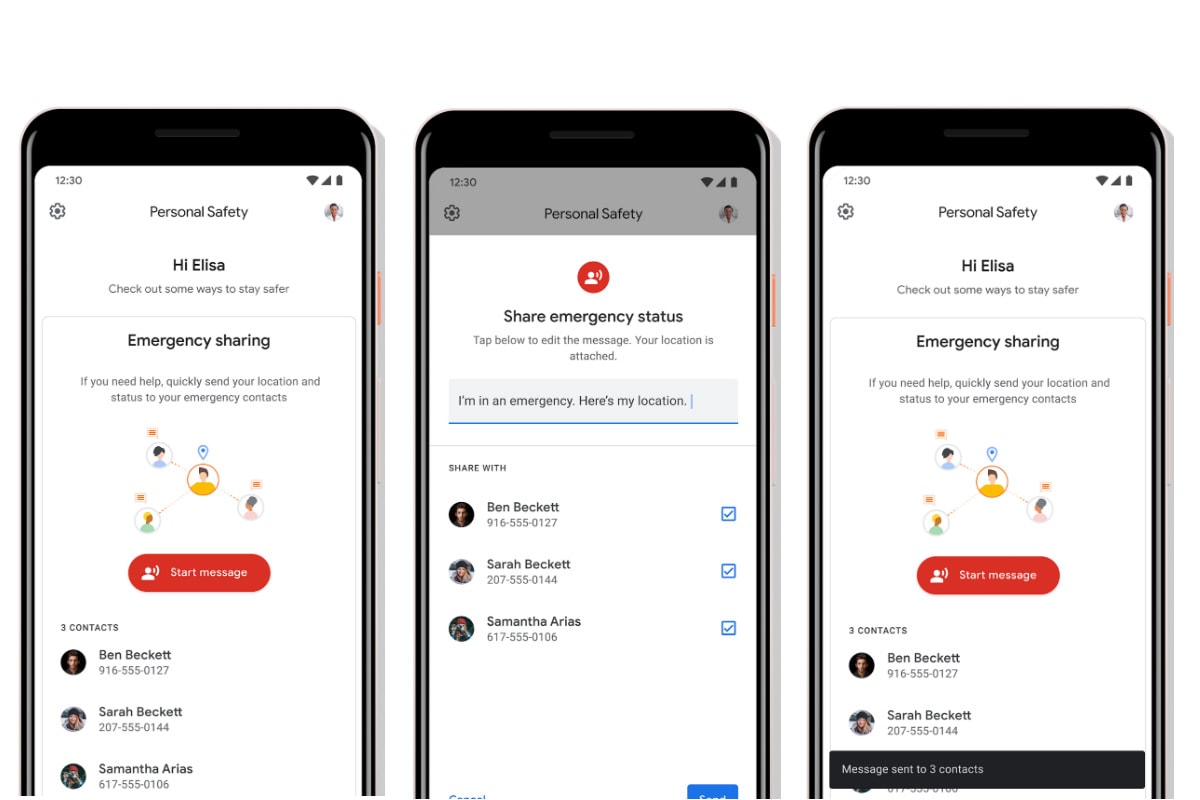 The report mentions, that the Emergency Information app was updated to the Personal Safety app on a Pixel 2 XL smartphone, but the new features were not available for use, indicating that the release by Google was accidental - something that the now-deleted listing also indicates. Additionally, the company also hasn't made any official announcement regarding the release of this app. So, it can be a possibility that this app might be released just for the Pixel 4 smartphones. But then again, because the app has already been updated on a Pixel 2 XL suggests that this app might be made available for older Pixel smartphones as well. Guess we'll find out soon.