At the Google Developer Day at GDC 2017, Google introduced much-needed changes to the Google Play store which it believes will improve the overall discovery of apps, and will focus on supporting developers "who build high quality and engaging games." It importantly also now allows developers to display sales on their apps, including free offers, on Google Play.

The company also announced that last year saw roughly 300 million new (who were active 30 days) users adopting Android devices from emerging markets such as India, Brazil, and Indonesia. In 2016, over 100 million new users accessed local relevant forms of payments (such as direct carrier billing or gift cards) to access and buy favourite apps and games on Google Play.

The company at its annual Google Developer Day at the Game Developers Conference on Tuesday announced the new updates. Google stressed that it will now promote high quality experiences "based on engagement, not just installs."

"With the enormous variety of games available on Google Play, there are many instances when great games don't get the visibility and attention they deserve," said Paul Bankhead, Director, Product Management, Google Play in a blog post.

Google added that it has started tweaking its algorithms to optimise for user engagement, not just downloads. "This is one of our ways to reward quality, which for games means promoting titles with stickiness (strong engagement and retention metrics) as well as a more traditional measure like a high star rating," added Bankhead.

One of the biggest changes that Google is bringing for developers is a way to display sales on their apps. The new feature can be accessed in the Google Play Developer Console, and it offers developers option to add strikethrough pricing for running their own price promotions on paid apps and games, while showing the original price above. The period of the sale will also be mentioned at the bottom. "During our pilot phase, developers not only saw a 3x-20x lift in installs during their promotions, they also maintained a nice lift once the sales ended," said Bankhead.

Developers can also make their paid apps free on a temporary basis. Google also notes that the app will no longer be featured on any paid Top Charts for this period. It adds installation of a paid app when it is free will not count as a purchase, thus, developers may see a drop in the number of buyers. The original price will be shown on the install button with a strike through.

Google will also be introducing an all-new editorial page in the Play store. The new feature will be launching later this month. The new editorial page pages in Google Play will allow the company's editors to hand pick games offering optimal gaming experiences on Android. 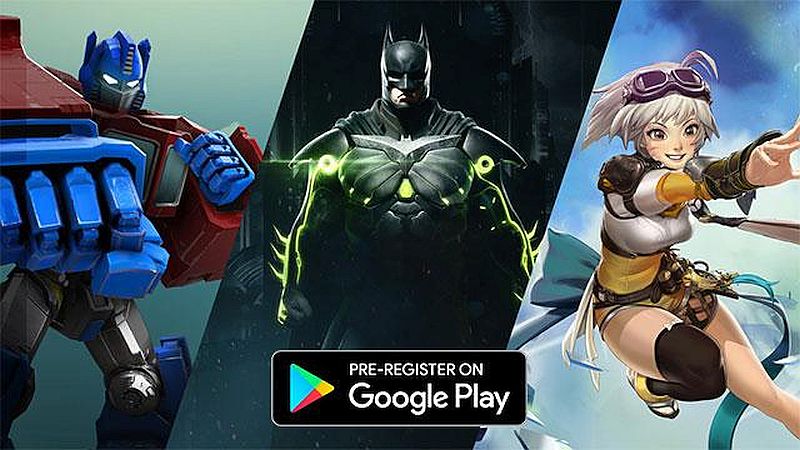 The company at its Developer Day gave attendees a sneak peek at some games which will be coming to Google Play later this year. The new games are now available for pre-registrations on Google Play and include Transformers: Forged to Fight, Battle Breakers, and Injustice 2. Google also confirmed two new VR titles Virtual Rabbids and Beartopia.