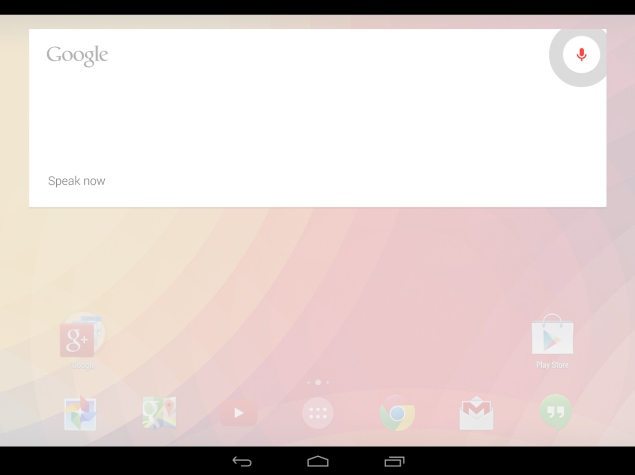 After updating the Google Search app to version 4.1 last week, the search giant has started updated the Google Now Launcher for Android with the latest Material Design elements.

Now users with devices running Android 4.1 Jelly Bean to Android 4.4 KitKat can download the updated Google Now Launcher, allowing them to experience some of the elements of Google's latest Android 5.0 Lollipop - though these elements are very few and don't even include the Lollipop onscreen navigation bar.

The updated Google Now Launcher includes changes such as the Search bar on the home screen and app drawer now has a white theme like Lollipop. The Google Now swipe-side menu has also been added, and few animations are also similar to Lollipop OS.

Later in the week, the app teardown by Android Police revealed new findings speculating possible integrations in the future such as audible notifications, Project Hera, third-party integration and more.

One feature that that went live silently was noted in the report. In the updated app, Google tweaked the Google Now launcher ability to interact with users. The launcher has been improved to work as an overlay representing interactions, regardless of which launcher or application is active. This is different from the older version, where speaking the key phrase 'Ok Google' with any other app in the foreground would immediately launch Search, sending the current app into the background.
Comments

Airtel May Have to Pay Rs. 436 Crores for Merging Qualcomm 4G Arm
Samsung Reportedly Talks to BlackBerry About $7.5 Billion Buyout