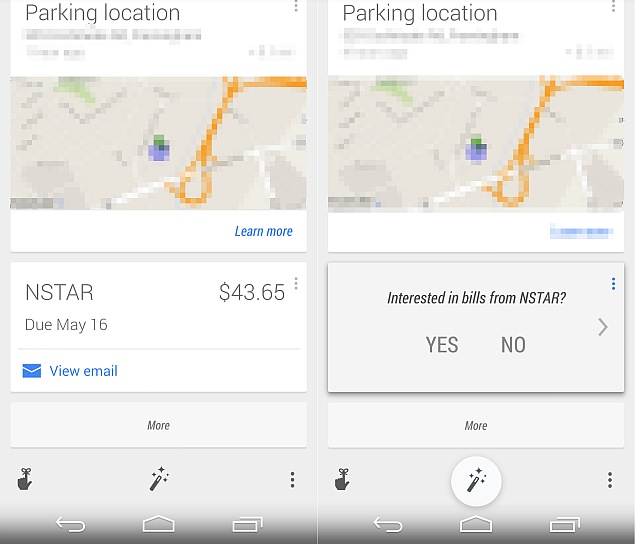 Google has reportedly started rolling out a new feature to its popular Google Now service that will offer bill payment reminders to users if they receive bill payment emails on their Gmail accounts.

This might be an extended test and not an actual roll-out of the service that was first introduced to limited users back in March this year, as per Android Police. While more users have started receiving the update this month, Google has not made any official comments on the roll-out as of yet.

With the Google Now bill payment reminder feature, the search giant identifies emails with bills from the user's Gmail account, and current bills will show up as Google Now cards with the name of the biller, the amount, due date and the option to take a look at the mail in which the bill was sent.

Android Police also notes that the roll-out seems to be a very basic incarnation of the service. The updated Google Now service does not include the 'Pay Now' option as mentioned before, probably because it is yet to integrate the billing providers. Also, Google might not leverage functions like minimum payments, previous balances, last month's bill, and "see more bills", which exists in the APK files gathered by the website. However, nothing can be confirmed until Google officially makes an announcement, which seems likely to be soon.