Google May Give Users Granular Control Over Android App Permissions 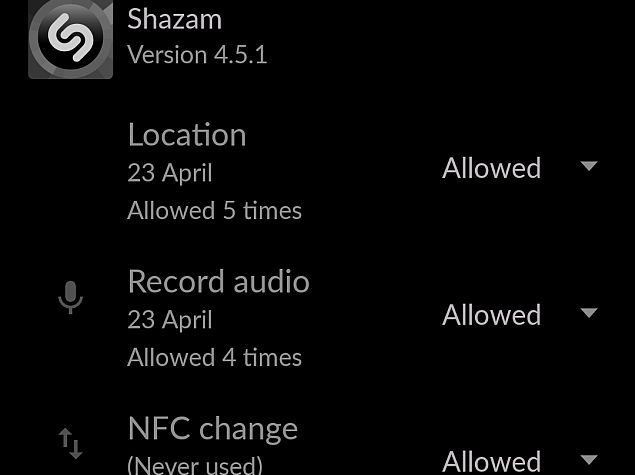 Google's Android app until now showed what permissions they need at installation and offered users option to either continue or withdraw. This might change soon.

A report citing people familiar with the matter suggest that Google has plans to give Android users more control over what information the apps they install can access. The app permissions on Android are expected to receive more detailed choices, according to the report.

If true, it would mean an Android user can choose to restrict what an app can access on their device or from the cloud, such as images or contacts or camera or even location. Bloomberg reports that the announcement regarding the new privacy control might come at the I/O 2015, the developer conference scheduled to kick off at May 28.

"The Mountain View, California-based company last year simplified how people are informed about what an app is accessing. Users decide whether the app can be downloaded. The new settings would give users the option to pick and choose what an app can access," notes report.

When contacted by Bloomberg, a Google spokeswoman declined to comment on the matter. It's worth noting that some custom ROMs based on Android (such as Cyanogen) do let users control privacy settings on a per app basis. It will be interesting to see how Google implements such feature on its Android.

While Google has not yet announced Android M, the Android M description spotted by several fans strongly suggested the company would reveal the new OS version at I/O 2015, complete with features that will revamp the Android experience at workplaces.

The app permissions in Android required scrutiny since long as several reports in the past have suggested that Android apps connect to various services without knowledge of the user or hiding Android malware as well as adware. A recent study even raised questions over how several free apps connect to large number of advertisement networks to serve ads to Android phone users.