With the latest Google Maps update, you can share the progress of your bus or train trip with your loved ones. The new feature allows you to share live location and ETA not just with your Google contacts but also with the people who are using third-party apps such as Facebook Messenger and WhatsApp. To share your bus or train trip, go to the Transit tab after adding your destination, enable navigation for an appropriate route from the list, and then tap the Share Trip button from the bottom-right corner. This brings the list of contacts with whom you want to share your live location. You can also pick a third-party app from the list, such as WhatsApp, Hangouts, or Messenger to share your live location and ETA. 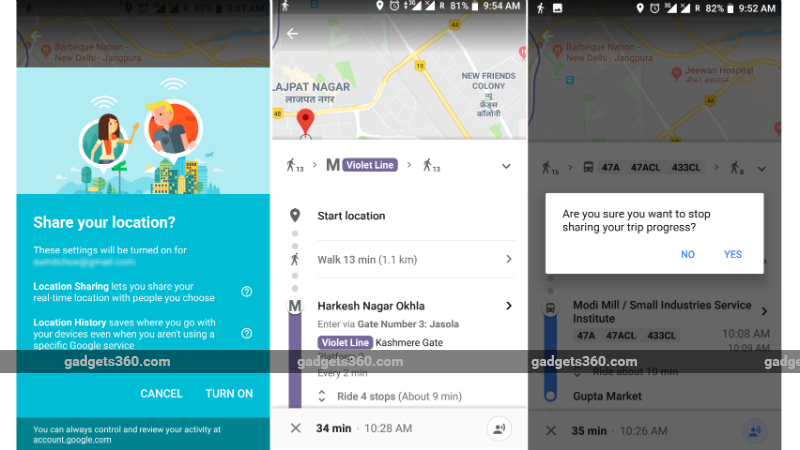 We were able to spot the ability to share live location and ETA for bus and train journeys on the updated Google Maps for Android. The same feature is yet to debut on iOS, though. Nevertheless, it is likely to reach Apple devices in the coming days.

The new feature comes notably comes as an extension to the original Share Location feature that Google brought back in March last year. The original feature was aimed to let users share their real-time location while navigating to a destination. Last month, Google Maps brought the ETA sharing feature to iOS and added the option to share trip progress through third-party apps such as Facebook Messenger and WhatsApp.