Google Maps 'For You' Tab Gets Wider Rollout, Google App for iOS Gets Lens Support

Google Maps users in 130+ countries to get 'For You' tab

Google has extended its 'For You' tab in Maps to iOS users in 40 new countries and Android users in over 130 new countries. The feature was launched earlier this year, but was only available in select countries back then. The new 'For You' tab helps Maps users see nearby events, restaurants, and more. Furthermore, Google has also introduced the Google Lens feature in Google app for iOS, enabling iPhone users to use the visual search feature as well. This comes after Google Lens was integrated into Google Images in October.

Starting with the 'For You' tab, it was spotted first in June, where only some users could see the new feature. Later, it was made available in US, UK, Canada, Australia, and Japan, and now the 'For You' tab is making its way over to Google Maps in over 40 new countries on iOS and over 130 new countries on Android. The tab allows users to follow certain locations that helps them view the latest cafes and restaurants that have opened up near them once they get listed on Google Maps.

On its blog, Google explains, "The 'For You' tab is designed to be a constant source of inspiration tailored to your tastes and preferences. Simply follow neighbourhoods or places you're interested in to get updates and recommendations-everything from recent news about an opening or pop up, a new menu item, and even restaurant suggestions based on what you're likely to enjoy. If you're making a trip this holiday season, the For You tab can help you get a jump start on travel planning even before you take off." We still can't spot the new tab in our Android or iOS apps, and because it's a phased roll out, it could be a while before all compatible countries get the new feature.

Separately, Google has now integrated Google Lens support inside the Google app for iOS users. The tech giant has announced that a new Google Lens button will now be placed beside the mic button that triggers' Ok Google' voice commands. This new button, when pressed, will open up the camera and let you select an object that you want to search online. Google will then recognise the image and give you search results. Tapping on a clothing garment will give you shopping site results with similar outfits; tapping on a flower will bring back information about the flower, and more. The feature is still not live in our Google app for iOS, so it may be a while before all users can see it on their iPhone. 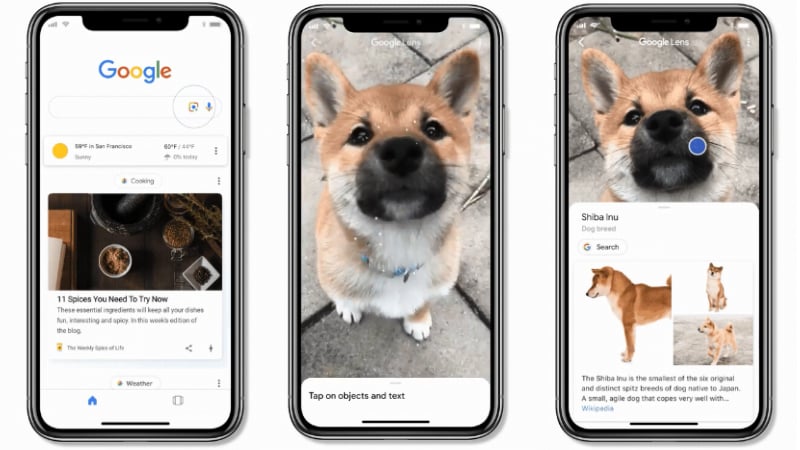 Further reading: google, google lens, google maps
Tasneem Akolawala Email Tasneem Tasneem Akolawala is a Senior Reporter for Gadgets 360. Her reporting expertise encompasses smartphones, wearables, apps, social media, and the overall tech industry. She reports out of Mumbai, and also writes about the ups and downs in the Indian telecom sector. Tasneem can be reached on Twitter at @MuteRiot, and leads, tips, and releases can be sent to tasneema@ndtv.com. More
Asus ZenFone Max Pro M1 to Receive Android 9.0 Pie Update in February 2019
Fortnite Gamer in Australia Arrested After He Live-Broadcasted a Woman's Screams

Google Maps 'For You' Tab Gets Wider Rollout, Google App for iOS Gets Lens Support
Comment