As part of its aggressive localisation plan for India, Google has quietly added Hindi voice search to the Google Maps app for iOS. The release notes for the latest update don't mention this new feature, but users can find it by tapping the hamburger icon (three horizontal lines) on the top-left > Settings > Voice search. The language can be selected by scrolling down past the languages written in the Roman script. The options show Hindi (Bharat) in Devanagri script as is evident in the image above.

The latest update, version 4.0.0, was announced by the company on Wednesday, also brings Android 5.0 Lollipop's Material Design to the Google Maps app for iOS. The release notes also mention that the app has been optimised for iOS 8, shows estimated waiting time for Uber (if the Uber app is installed) and a rather vague "bug fixes". 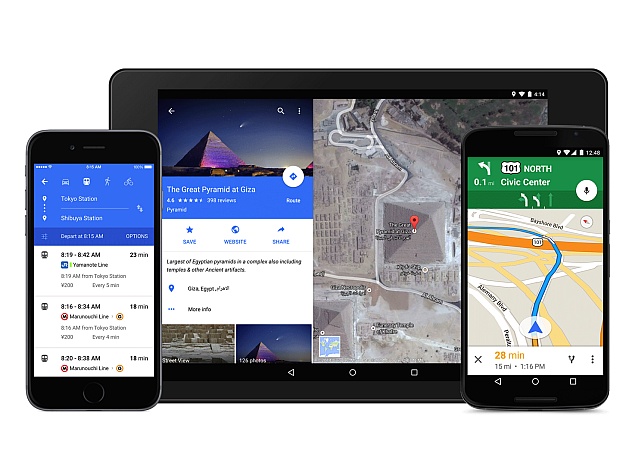 The Hindi voice search feature was added to Google Maps for Android in September. The iOS update comes after top Google executives launched the Indian Language Internet Alliance, which is the company's move to promote Indian language content on the Web.

As part of that initiative, Google had announced its plan to standardise Hindi fonts to make Hindi articles discoverable. It had also launched a Hindi content aggregator at hindiweb.com. Google India MD Rajan Anandan had said, "We have 198 million (19.8 crore) Indian English speakers. Almost all of them are online. There are over 400 million Hindi speakers in India. Our goal is to get 500 million Indians online by 2017."

Further reading: Google, Google Maps, Hindi Voice Search, Voice Search
Pranay Parab Email Pranay Pranay is in charge of podcasts and videos at Gadgets 360. Over the years, he has written over 500 tutorials on iPhone, Android, Windows, and Mac. He has also written in-depth reported features on the intersection of technology and culture, reviewed fitness wearables, been the social media manager, started two podcasts, and produced several tech videos. He loves travelling, particularly to places not frequented by tourists. He keeps running half-marathons across the country and hopes to complete ...More
Why WhatsApp Blue Ticks Have Really Ticked Us Off
Tech Startups Are the New Rock Bands, Says U2's Bono