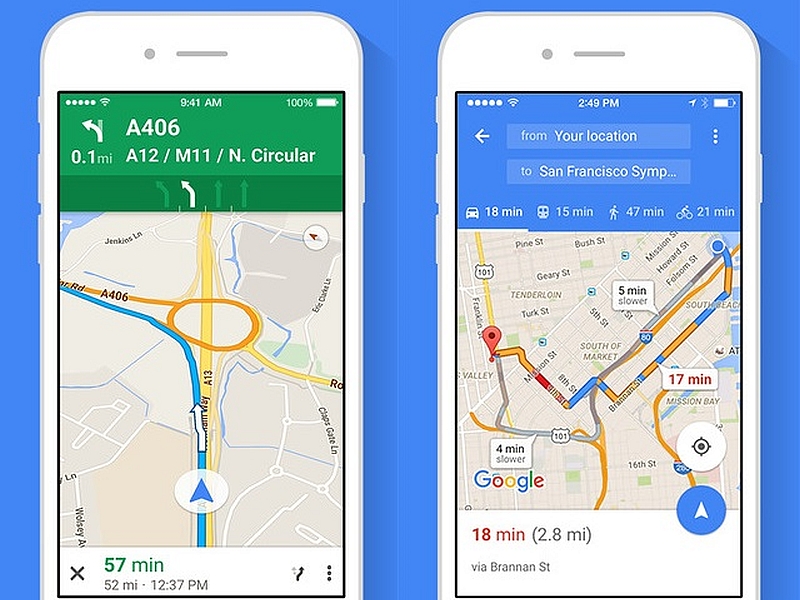 After hitting the Google Maps Android app in October last year and last month in India, the pit stop addition feature has now reached Google Maps for iOS as a part of an update. The Google Maps v4.16.0 also adds 3D Touch support for iPhone 6s and iPhone 6s Plus.

When in navigation mode, Google Maps for iOS users can now search and select destinations that fall near their route. Pit stops include gas stations, restaurants, grocery stores, and coffee shops, and are listed in the menu.

The updated Google Maps for iOS app also gets 3D Touch supoprt, letting users light-press on the app icon to directly start navigation to their saved Work or Home destinations. 3D Touch also shows options for marking location, sharing location, and searching nearby. Several bug fixes also come as a part of the app update. The Google Maps for iOS v4.16.0 is available to download from App Store.

Google last month rolled out some updates to its Maps and Street View applications for Android. For Maps, update v9.21 brought notification customisation for user edits, the 'Explore Around You' feature to other countries, and more. The Street View app now also gives users a look inside the stadiums and sports arenas.

Google recently also added new features other new features to Android such as showing names of streets and exists, tweaked navigation interface, pairing reviews with photos, and disabling of turn-by-turn instructions. Option to add a shortcut to the user Timeline to quickly add a place to the history was also introduced.