Google Maps Now Has a Follow Button to Get Updates From Businesses; Google Lens Comes to Mobile Web 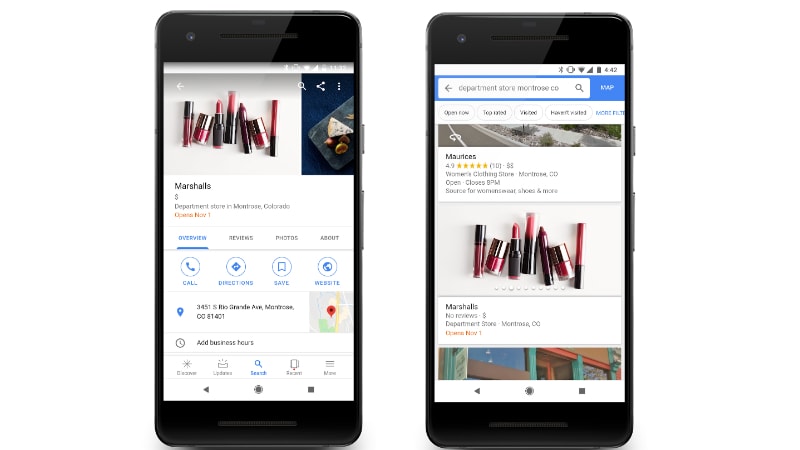 Google Maps on Android is getting a couple of new features that will help make the navigational platform slightly more interactive. Firstly, a new Follow button is being introduced which can be used to keep yourself updated on the news, events, and other updates from certain businesses around you. The app is also getting the ability to list businesses before launch and show you their opening dates. Separately, Google Lens has now been released on mobile Web with integration in the Google Images section.

“With more than 150 million places on Google Maps and millions of people looking for places to go, we made two updates so it's even easier for you to keep up with the places you care about and find out about places coming soon,” said Paul Cole, Product Manager, Google Maps announcing the updates.

A new 'Follow' button will appear on the listing of businesses. Once clicked, you will be able to get all the latest updates so that you don't miss out on latest offers and schemes. These updates will be visible under the 'For you' tab in countries where the tab is available, which do not include India. Google says support for other countries is coming soon.

Google is also introducing the ability to create a free Business profile on Maps that will appear up to 3 months before opening, allowing users to know about the developments. Details of the opening date will be mentioned in the listing on Android and mobile Web. This feature is rolling out over the next few weeks and interested businesses can register here.

Google Maps has also received a minor update on the developer front. Google has upgraded the Biking Directions data for Bulgaria, Israel, and Romania. It has also downgraded the speed limits data for 26 countries including the US.

Separately, following in the footsteps of Google Assistant and Google Photos, Google Images is also getting integration for Google Lens. When you press the Lens button in Google Images, dots will appear on objects you can learn more about. Using Google Lens in Google Images, people can view extensive information around certain products and even find places to buy them. Google Lens on mobile Web is now live in the US in English, and will soon be rolled out to other countries, languages, and Google Images locations.