Google Maps Gets Dark Mode for iOS Users: How to Enable

Google Maps' Dark Mode for Android started rolling out in February this year. 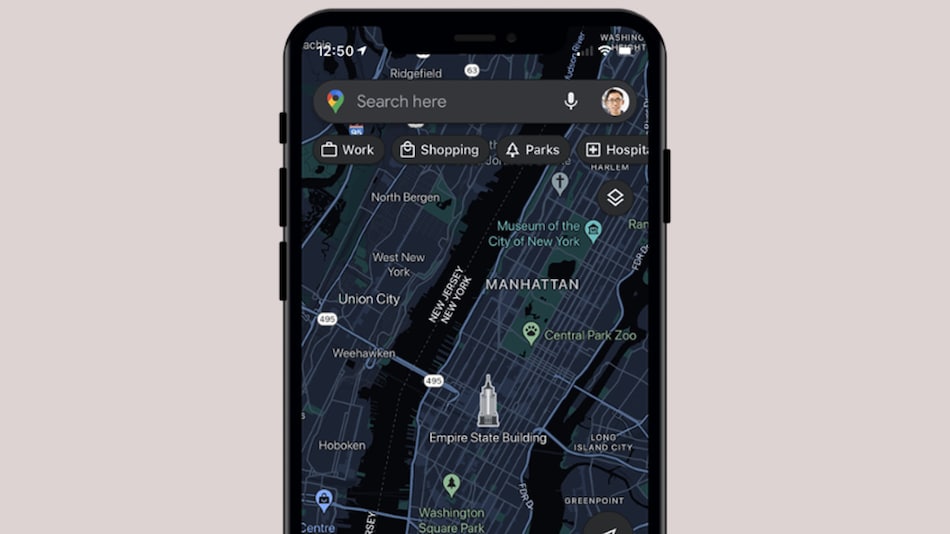 Google Maps now has a dark theme on its iOS app. The much-awaited feature will allow users to save battery life and the greyscale interface reduces eye strain by keeping a minimum contrast ratio required on the app. Apple debuted Dark Mode on its phones quite some time ago, during the launch of iOS 13. However, Google took almost two years to support the feature on both Android and iOS. The rollout of Dark Mode for Google Maps in iOS was announced by the company earlier this year.

In August, Google Maps announced the addition of Dark Mode on its iOS app. According to a report by The Verge, the feature has been available since September. Gadgets 360 could independently verify that the Dark Mode feature has indeed been added to Google Maps.

Google Maps Dark Mode on iOS: How to enable

To turn on the dark theme on your iOS app, tap on your profile picture, then head to Settings and tap on Dark Mode. You can choose to turn it On, Off, or set it to Same as device setting. Once activated, the background of the Google Maps turns dark grey. The names and displays of locations appear in a lighter shade. All the colours are distinctive in nature.

In February of this year, Google made Dark Mode available to Google Maps on Android. Other features that arrived in Google Maps in recent months include eco-friendly routing, lite navigation for cyclists, and bike and scooter share information. With eco-friendly routing, Google Maps will recommend routes that are optimised for the lowest fuel consumption. The lite navigation feature will give cyclists alerts about their route without having to enter turn-by-turn navigation that requires the screen to be on. With bike and scooter sharing information, users can easily check nearby stations and how many vehicles are available at any moment on Google Maps.