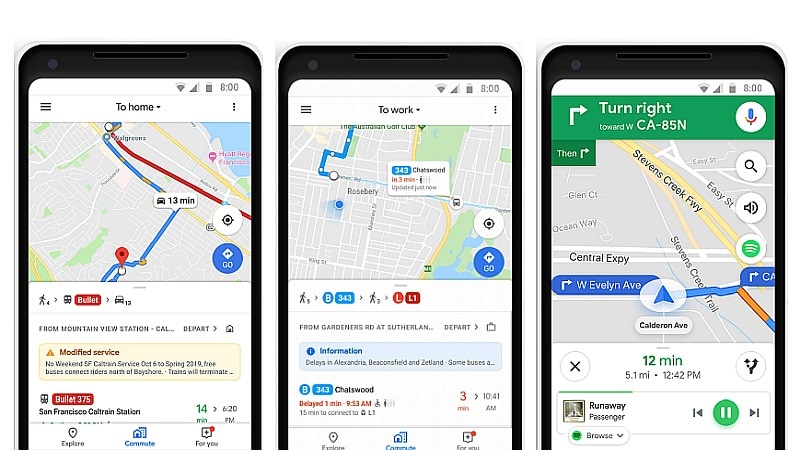 Google Maps was spotted testing a 'Commute' tab on Android early last month, and it was seen to replace the Driving and Transit (aka Transport) tabs. On Monday, Google announced that the feature is now rolling out globally for both Android and iOS users, guiding them to Google Play and App Store respectively to update their apps for the latest feature. The new tab is meant to help users 'take control of their daily commute.'

In a blog post on Monday, the search giant said the new Commute tab on the Google Maps apps for Android and iOS gives users one-tap access to live traffic and transit information, personalised to the user's daily commute. Users will be shown if the day's commute will be normal, and will suggest alternative routes in case there is a delay spotted. Android users get an additional feature over iOS ones - they will get delay and disruption notifications while en-route.

Google also announced support for 'mixed-mode commutes', for people who use more than one form of transport (both driving and public transit) in their commutes. These users will see 'when to leave' information about each leg of their trip, and an ETA will be calculated taking into account the several factors involved.

Finally, Google has also announced music streaming integration into Google Maps - users will see controls for Apple Music, Google Play Music, and Spotify, right within the Google Maps app. On Android, users will also be able to browse through Spotify content with a easy to use interface.