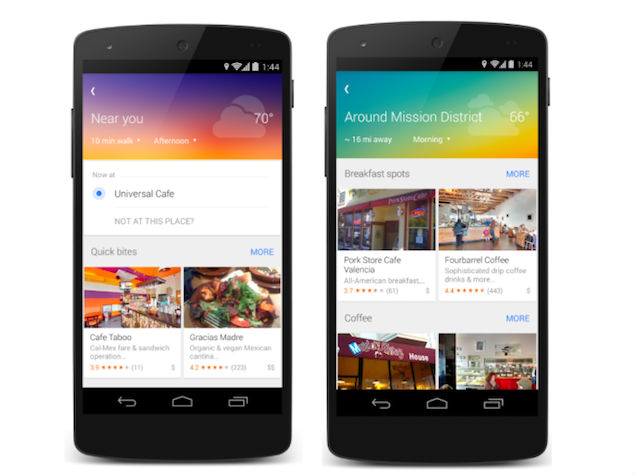 Google has rolled out a new feature that sets it up against Foursquare, offering a means to explore places of interest, and view user ratings. Google clearly wants Maps to be something more than just a location and direction finder.

A couple of days ago, the news that Google was testing a 'Explore Nearby' button for Google Maps for Android surfaced online through user reports.

The dedicated button for the 'Explore Nearby' button was first spotted by Artem Russakovskii, a Google + user who posted the screenshot of it. However, come Thursday, Google has officially announced that the new 'Explore' feature will be available on the Google Maps app for Android and iOS.

Google's new Explore button further pits its Maps app against other location-based apps, such as the new revamped Foursquare app, which has launched a standalone app called Swarm that now allows users to check-in into a new place, see ratings of places, and also rate them. The Explore feature will provide users with a multitude of options of places nearby from their location for them to go to or things to do.

In the blog post introducing the Explore button, Google Maps Product Manager Taj Campbell writes, "Whenever you want to discover places in your area, simply tap the new Explore button at the bottom right corner of your map to get a quick look at what's nearby (where available)." Users will be able to see different places they can go to and activities that they can do.

The feature can be used for planning as well, when travelling or planning activities in a locality. Users can also decide what's 'nearby', by choosing presets between a '5 min walk' and '20 min drive'. In addition to that, in order to improve the relevancy of the results, Explore lets user adjusts the results based on factors such as weather and time of the day. Google notes users will get the 'best results' when they're signed in with location reporting and history turned on.

Campbell further writes, "Once you've arrived at your destination, you can get even more relevant information. If you're using an Android device, tap on the My Location button at the bottom right or on the blue dot on the map, and you can quickly access more info about your location such as restaurant reviews and transit schedules, or simply save the place for later. Over time, your location experience will improve as you confirm the places you visit."