Google Map update does not add new features to the location sharing option but changes the overall look.

Google Maps has received several updates over the last two months. It appears that the app is now getting a new real-time location sharing interface on both Android and iOS devices. The interface update is also available to Google Maps users in India. It appears that the new location sharing UI was rolled out via a server-side update. It is important to note that the new update does not include new features, but overall changes the look and feel of the location-sharing interface.

The development was first spotted by Android Police and the publication believes that the new location sharing interface on Google Maps was either rolled out through a new app update (10.40.2 update for Android devices) or via a server-side update. However, we were able to spot the new changes in the location sharing section with older versions - 10.40.1 update for Android devices (rolled out in April) and 5.43 update on iOS (rolled out a week ago). Therefore, it appears that the new changes were rolled out via a server-side update from Google.

In the new interface, Google has made visual changes to the sharing window as well as added the privacy policy section on both Android and iOS versions of Google Maps. Similarly, the prompt that allows users to select the duration of location sharing on Google Maps has changed. 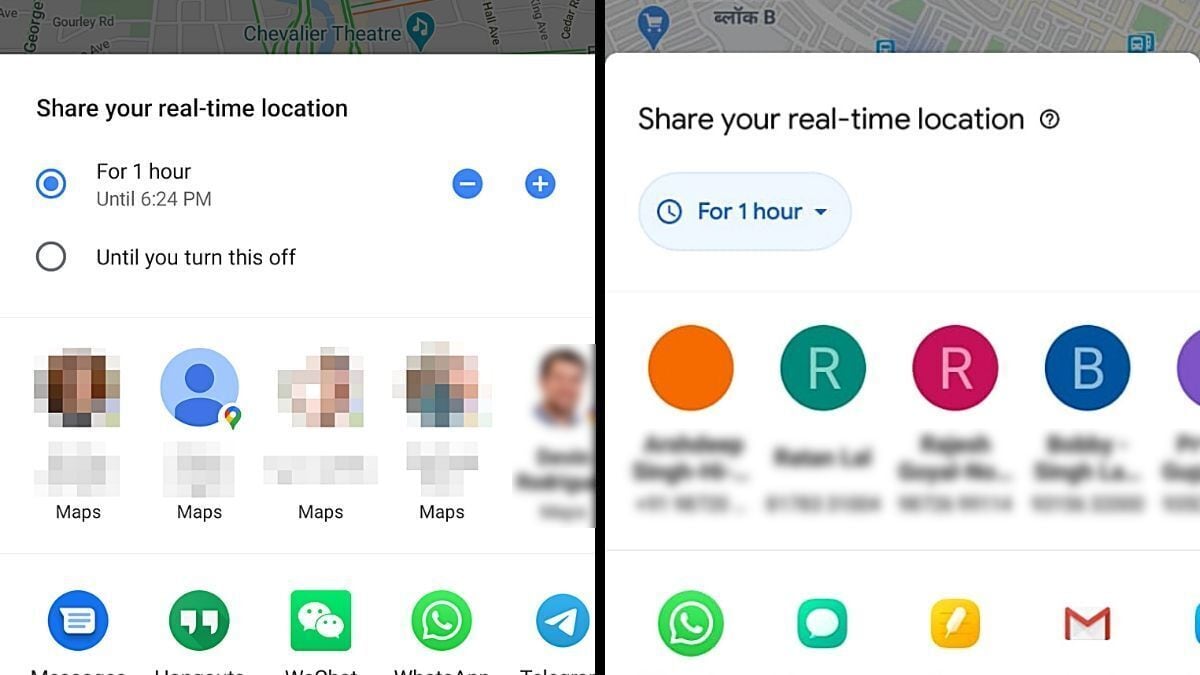 Users who did not receive the new location-sharing interface can download the latest Google Map version 10.40.2 from APK mirror or wait for automatic rollout. 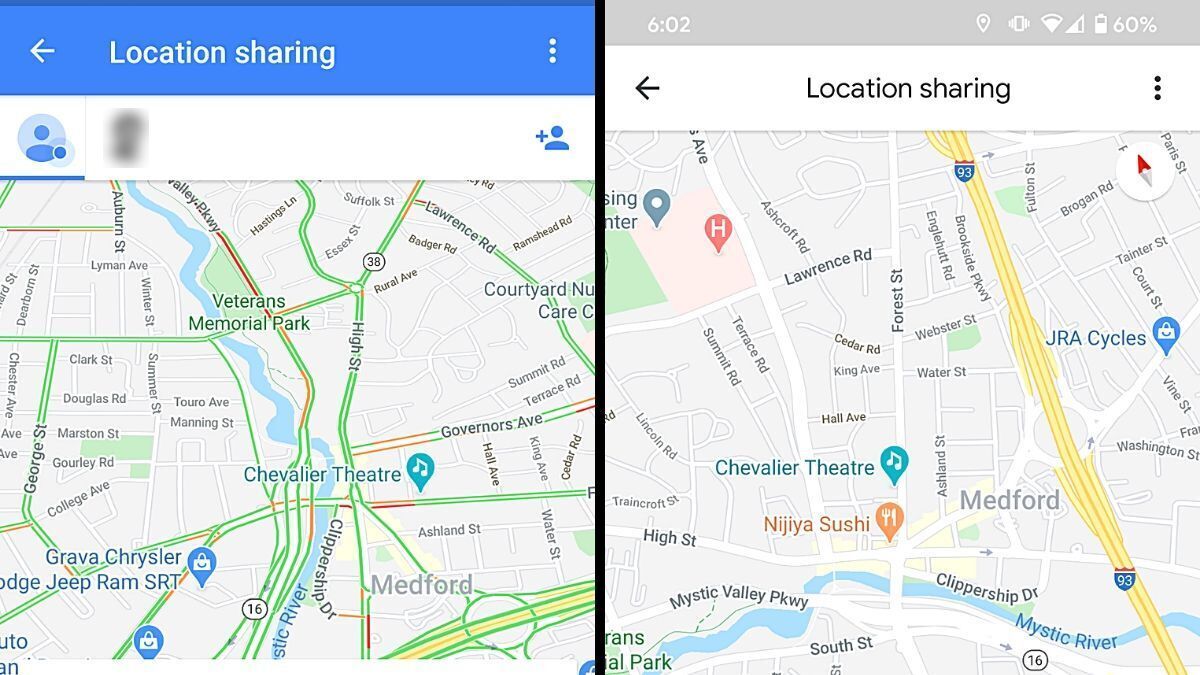 The blue bar at the top is gone and replaced by a white one
Photo Credit: Android Polic

To recall, Google Maps received the real-time location sharing option back in 2017.