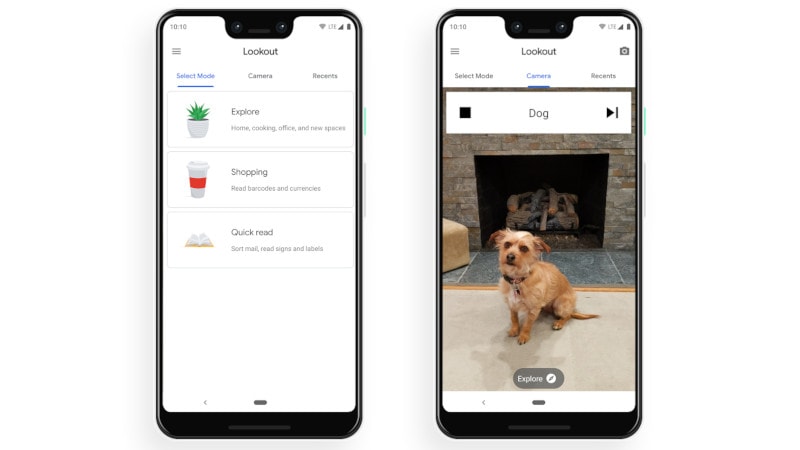 Google Lookout app is finally here. After over 10 months of announcing the app at I/O 2018 developer conference, Google has released it in the United States. The Google Lookout is currently limited to Pixel phones; however, the company has promised to expand the app's availability to more devices, countries, and platforms. The app helps the visually challenged people identify information about their surroundings. Google says that it has been working on the app since it was unveiled last year. Google Lookout joins the company's growing list of accessibility apps.

As per a blog post by Google, Lookout uses artificial intelligence, like Google Lens, and lets users search and take action on objects around them by simply pointing the smartphone. The company says it has made sure that Lookout works in situations where visually challenged people might need it the most.

“We designed Lookout to work in situations where people might typically have to ask for help—like learning about a new space for the first time, reading text and documents, and completing daily routines such as cooking, cleaning and shopping,” Patrick Clary Product Manager, Google Accessibility Engineering, wrote in the blog post.

Google adds that Lookout can help people with identifying people, text, objects, and more. To use the app, the visually challenged users just have to open the app and keep their phone pointed forward and Lookout will do everything on its own.

“Lookout uses the camera and sensors on your device to recognize objects and text, and gives you spoken feedback, earcons, and other signals to inform you about what it sees,” Google explained in the Play Store description.