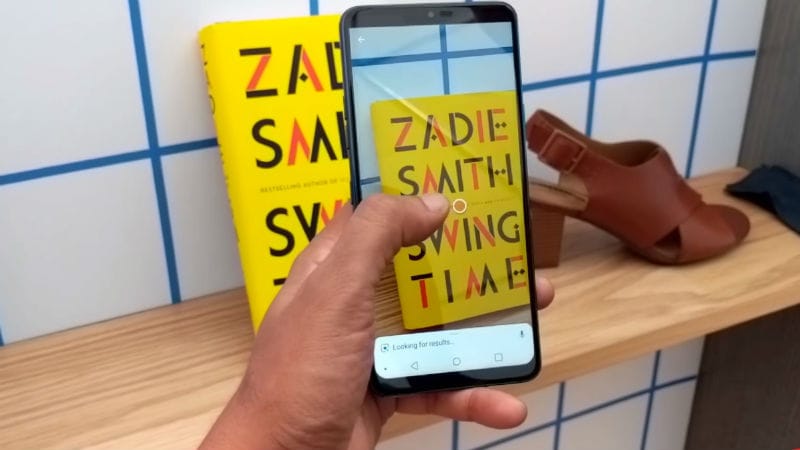 Google at I/O 2018 had showcased its latest innovations and efforts in artificial intelligence, augmented reality, and more. The search giant also detailed a major update to Google Lens, which is an image recognition tool that can provide contextual suggestions for objects that you scan with the camera. Google had announced the most significant update to Google Lens that besides getting new features, it will no longer stay buried inside Google Assistant and Google Photos app and instead have direct integration with the camera. The company had also announced real-time detection (or lookup) and smart text selection for Google Lens at the event, and these features have now begun rolling out.

As per a 9to5Google report, Google Lens is getting real-time lookup and smart text selection features alongside a redesign and availability in camera apps. As for real time lookup, Google Lens will now proactively surface information instantly and anchor it to the things you see. You will be able to browse the world around you by pointing your camera. This is possible because of the advances in machine learning, using both on-device intelligence and cloud TPUs, allowing Lens to identify billions of words, phrases, places, and objects in a split second, Google had said earlier. Smart text selection connects words you see with the answers and actions you need - this means users can copy and paste text from the real world.

According to the report, Lens now features a new prompt that details its capabilities. Also, instead of a dialogue bubble, Lens now features a rounded sheet at the bottom of the screen that notes how users can 'Tap on objects and text'. Lens then lets users know what it can identify, such as, Text, Products, Books & Media, Places, and Barcodes. Also, tapping on the microphone on the bottom-right corner enables users to record audio or issue commands. Meanwhile, the suggestion chips to 'Remember this', 'Import to Keep', and 'Share' no longer exist.

As per 9to5Google, the new features were spotted on a OnePlus 6 running the Android P developer preview. Another Reddit user claimed that the update was available on Samsung Galaxy S8 as well. Notably, the APK is not available for download yet, so you will have to wait for sometime.