Google kicked off its annual I/O developers conference on Wednesday with the Google Keynote address by CEO Sundar Pichai. The Internet search giant was expected to make some announcements surrounding its efforts in machine learning and AI, and indeed it has, by announcing Google Lens.

Pichai says that Google Lens is set of vision based computing capabilities that can understand what you're looking at and take actions based on that information. Say if you want to know what a particular flower is, you'll be able to bring up Google Lens through Assistant which will will identify the flower and it will tell you what flower it is. This will also works with places like restaurants, where posting your phone to it will allow Google Lens to bring up relevant information on it including ratings and reviews. Notably, pointing the phone's camera to a Wi-Fi routers username and password will allow Google Lens to automatically connect to it. 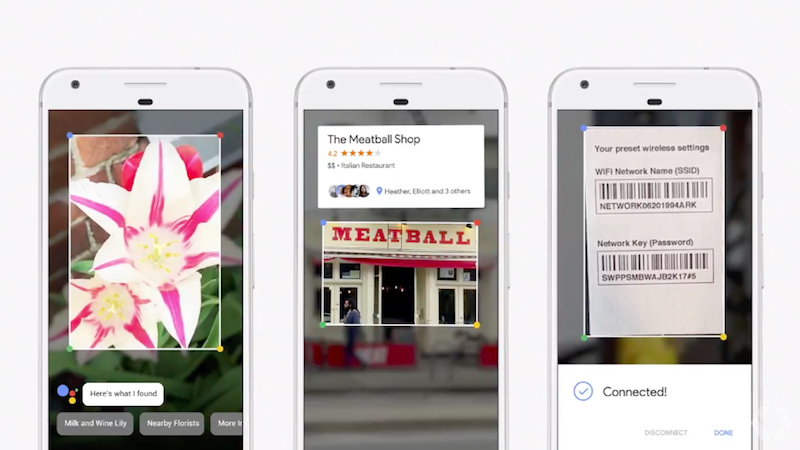 Google Lens in a way feels similar to what Samsung introduced with its Bixby assistant. Essentially, both require you to point to a particular object and the AI will bring up relevant information on it. Pichai didn't mention when Google Lens would be made available, only saying that it would come soon to Google Assistant and Photos, before making its way to other products.

Google had several other announcements to make at I/O 2017, including that Android is now on over 2 billion active devices, and that Google Photos now has over 500 million monthly active users. Another major, expected announcement was Google Assistant for iOS, and that Gmail for Android and iOS are getting Smart Reply.