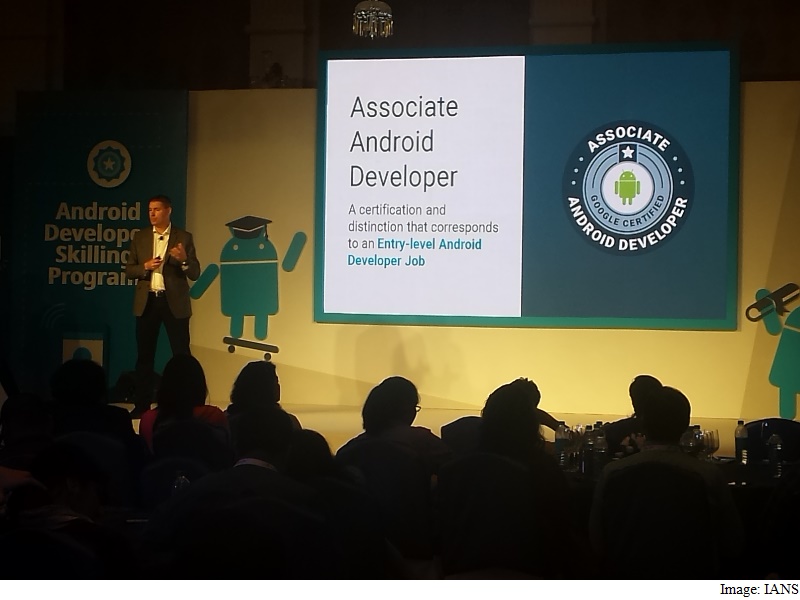 In a fillip to government's Skill India initiative, technology giant Google on Monday launched its "Android Skilling and Certification" programme to help make the country a global hub of high-quality mobile developers.

The programme aims to train two million mobile developers by offering a slew of initiatives to train and certify talented students and developers in Android development.

"With nearly four million developers, India is expected to have [the] largest developer population globally by 2018. But today, only 25 percent of them are building for mobile," Caesar Sengupta, Vice President (Product Management) at Google, told reporters in New Delhi.

India is uniquely placed to innovate and shape the internet experience of billions of users "who are and will come online on the mobile platform," he added.

Google also launched an instructor-led training programme on Android fundamentals to provide an in-person training to students in universities.

In addition to all public and private universities and training institutes of the National Skill Development Corporation of India, the course will be available free of charge on NTPEL (an initiative of IITs and IISc) as part of its online "Mobile Computing" course, starting from July 18.

Google has tied up with training partners like Edureka, Koenig, Manipal Global, Simplilearn, Udacity and UpGrad who will operate as authorised Android training partners in India to help Google train the trainers and update Android courseware to prepare students for Android certification.

"By building a world-class curriculum and making it easily accessible to the students, we want to contribute to the Skill India initiative and make India the global leader in mobile app development," Sengupta added.

After training, the aspiring candidates can log on to the Google Developer training website and take the certification exam priced at Rs. 6,500.

"We introduced the Android Nanodegree programme in India last year with Udacity and today, we have over 11,500 students in India enrolling every month in our courses," said Peter Lubbers, Head of Google Developer Training.

Google will also open-source all Android Developer Fundamentals practicals and courseware and make these available to everyone for free.