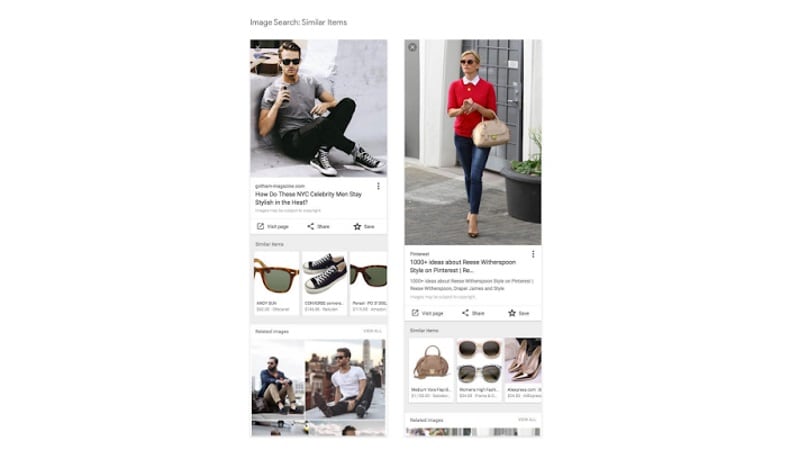 Google has rolled out its "similar items" feature for Google Image Search on mobile Web and Android search app to provide users with shopping details for the items that can be seen in a particular image. This means that the search giant will be turning its image search tool into a Pinterest-like entity that will help users purchase products easily after identifying them from the images.

In order to provide this functionality, Google has made use of machine vision technology and the feature identifies products in lifestyle images and displays matching products to the user, company said in its developer blog. While the current list of supported items includes handbags, sunglasses, and shoes, the search giant says that support for other categories will be added in the next few months.

"Finding price and availability information was one of the top Image Search feature requests from our users. The Similar items carousel gets millions of impressions and clicks daily from all over the world," Google said. In order to make the products eligible for this feature, developers need to add and maintain product metadata on their pages. Readers can check the eligibility criteria and get more information about the newly introduced feature on company's blog.

Google says that it will be expanding support for the similar items feature to more platforms later this year. The company has been accepting the metadata since December but never actually made an announcement, reports Search Engine Land (via The Verge).

Notably, this is not the first attempt made by the company to ease the shopping process on mobile as it added the 'Buy' buttons in the mobile search advertisements back in 2015.