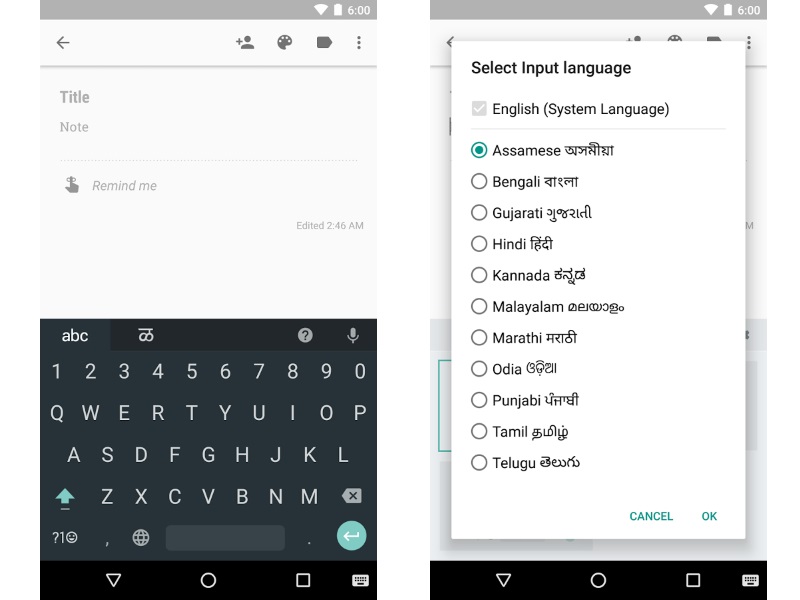 Google has rebranded its Hindi Keyboard app to Indic Keyboard and has also added support for 10 more regional languages apart from adding other features. The new Google Indic Keyboard is now available to download via Google Play.

The new Indic Keyboard comes with different modes including transliteration mode, which offers output in native language by spelling out the pronunciation using English letters; native keyboard mode offers typing directly in native script, and the Handwriting mode, currently available for Hindi only, allowing users to write on the phone screen directly. There is a Hinglish mode as well that suggests both English and Hinglish terms. According to Google Play listing, the new Indic Keyboard comes with improved suggestions in both transliteration mode and native keyboard mode in Hindi. The UI for switching modes has been also updated.

Google following its announcement back in September implemented its decision to downrank mobile webpages that showed large app install advertisements in the foreground. These webpages would not be marked as mobile-friendly. The Google Webmasters team made the announcement on its Google+ page and recommended that instead of giving full-page interstitials, the webmasters can use mobile-friendly formats such as app install banners. The move is just one of several implemented by Google since last year, when it announced its focus on promoting mobile-friendly sites in mobile search results.

Late last month, Google updated a range of its Android apps including Docs, Sheets, Slides, and Keep, as well as image apps: Photos, and Snapseed.