Google Hangouts v5.1 Rolling Out With Bug Fixes and Improvements 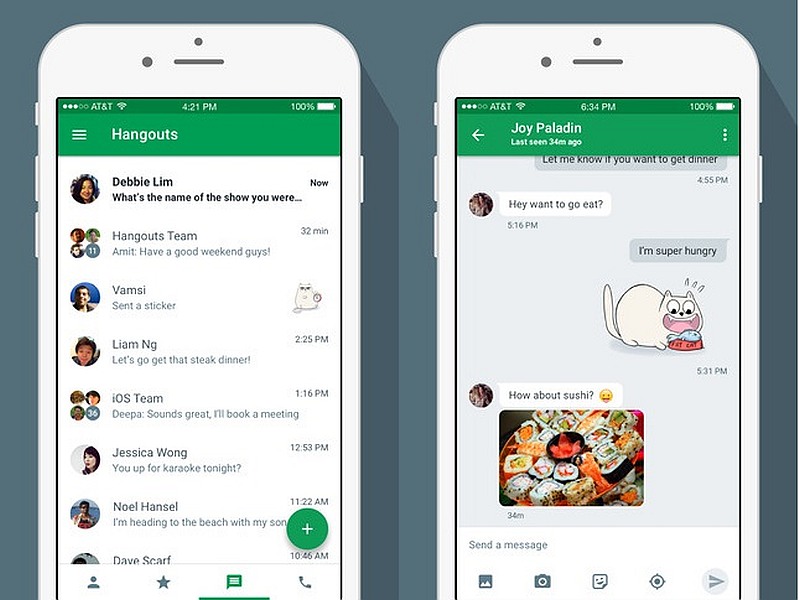 The Google Hangouts 5.1 app brings minor updates to the Send button along with some improvements to the app user interface and accessibility. Some bug fixes and overall performance improvements have been made as well. There are no visual changes as such.

The latest version of the Google-powered messaging app has not yet hit Google Play Store India, but should arrive soon via OTA. Impatient users can however head to APK Mirror to download and sideload the Google-signed apk file. Notably, Hangouts v5.1.0 has reached the App Store and is available to download. It lists user interface and accessibility improvements.

The search giant earlier this month rolled out Hangouts version 5.0 to users. The update brought improvements in the overall performance, added a fix for broken gif images, and came with a splash screen. Also found was that the lag witnessed while sending a message, loading a conversation, main screen conversation update, we removed. The pop-up showing the 'signed in as' details while opening the app, showed with white background instead of black. In addition, besides bringing full working gifs, the app update also removed the Dogfood icon.

The Hangouts 4.0 app update in August, apart from adding Material design, brought new floating Compose button at bottom right corner of the screen. Some of the other changes included streamlined contacts page meant to allow users to find contacts faster. On Hangout 4.0, sharing emojis, gif images, and user location was also made easier. One of the biggest highlights touted by Google was that the new version consumed less battery than before.

PlayStation Plus League for E-Sports Set to Launch at Paris Games Week
Elon Musk: Gigafactory in India Would Probably Make Sense in the Long Term