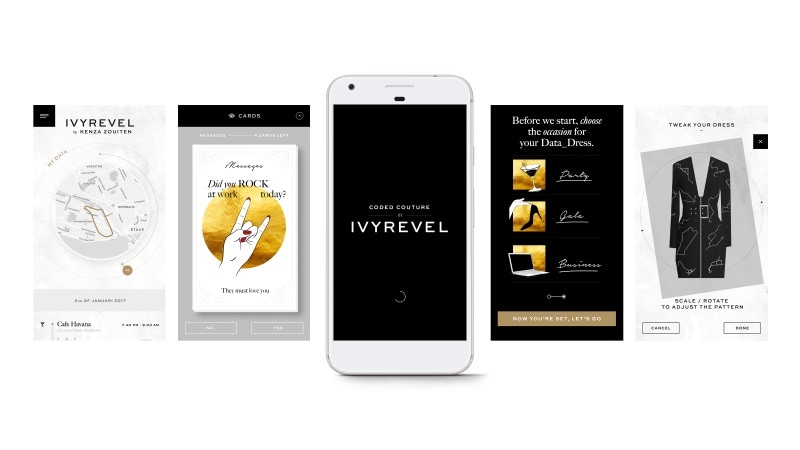 Google has partnered with H&M Group's digital fashion house - Ivyrevel - for a new project named "Coded Couture". As part of this project, Google and Ivyrevel have created an Android application that will make use of the search giant's Awareness API to collect personal data regarding the users and in turn create customised dresses specifically for them.

Google's Awareness API (as well as its Snapshot API) provide the Coded Couture app with information regarding the user's location, weather, activities, daily routine, and nearby beacons to help it come up with a customised dress that suits their needs. Users have to specify the occasion (like Business, Party, or Gala) for which they need the dress and then on basis of their activities, the location, and other requirements, it comes up with a customised Data Dress that can be further customised before being bought by the user.

To recall, the Awareness API was one of the biggest announcements made at Google I/O last year. It provides app makers and smartphone manufacturers with a single place to access a signals collected by the device related to location and usage. In total, there are seven signals - activity, beacons, headphones, location, places, time, and weather. Google said that with the API, the device should also see an improved battery life due to the conservation of resources. The Snapshot API, within the Awareness API, is specifically meant for when the app queries for data.

Even though the advertisement for the Code Couture app - currently in a closed alpha - says that it will be made available soon, there has been no timeline shared as of now for its release. Ivyrevel expects the pricing for the dresses to start from $99 (roughly Rs. 6,700) but it is subject to change, The Verge points out in its report. Users can sign up at Ivyrevel's Coded Couture site to register for the beta.