Google is updating its Classroom app to give users more control over the way they organise everything, including assignments, announcements, and class rosters. The technology giant has announced several new features that are coming to Classroom. The class management service for teachers and students will also be adding redesigns later this year. Google says that it is the same Classroom that teachers are familiar with, but has been redesigned to help both teachers and students "find what they need quickly." Additionally, Google will also be adding a new feature to Quizzes that lets teachers control what students can see when taking assessments in Forms. Meanwhile, Google has also announced that the Acer Chromebook Tab 10, the first Chrome OS tablet, is now available.

Classroom comes with a 'Stream' of chronological posts where assignments, questions, and more such things are posted. Felix Emiliano, Software Engineer, Google Classroom, says in a blog post, "Teachers love the class Stream, and the speed of adding new content. But, as teachers and students added more posts to Classroom, they struggled to find content, and spent too much time scrolling through the Stream." As a result, Google has introduced a new Classwork section that organises content based on modules and units.

The new Classwork section will essentially make it easier for teachers to plan curriculum by semester and units, apart from helping students find assignments quickly. The Stream is also getting a makeover as it will now come with a compact view for assignments that better emphasises questions and discussions. "This makes the Stream a better conversational hub, where teachers can notify their students about upcoming deadlines, post announcements and more. Students can also comment on posts, creating a virtual forum in Classroom," Emiliano adds. 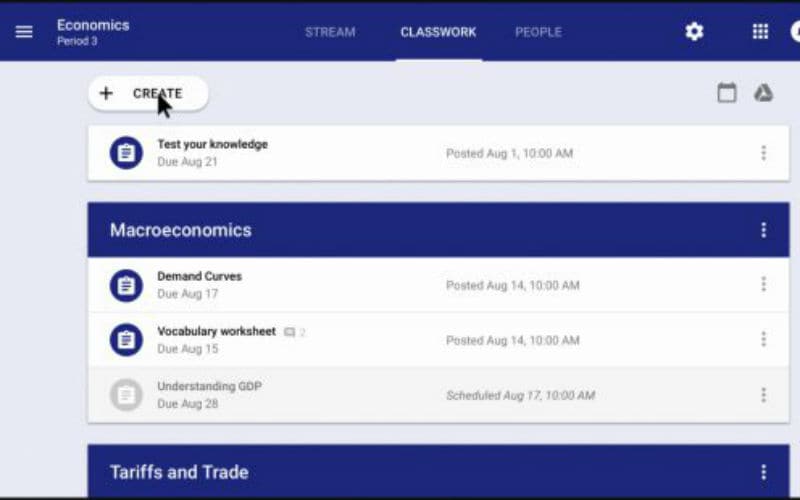 Other new features in Google Classroom include an upgraded People view. With the new feature, teachers will be able to manage co-teachers, students and guardians on the consolidated page. From this page, teachers can view, add and remove students, co-teachers and guardians, as well as update guardian information and send emails. Additionally, the Settings page has also been centralised. Teachers will now be able to edit the class description, change the course code, adjust guardian summaries and class location, as well as control how students post and comment on the Stream. 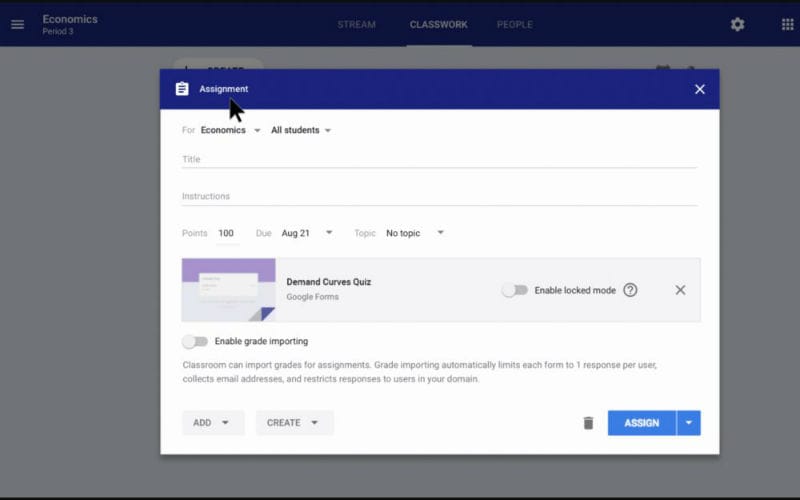 Another big update is that Google Classroom will soon offer a 'locked mode' for quizzes in Google Forms. It has been designed to keep students "focused and distraction-free during tests and quizzes," as the locked mode prevents students from navigating away from the quiz until they hit the button to submit their answers. Google has informed that this feature is available only on managed Chromebooks, and will be launching this fall. Also, teachers will get with the ability to create a quiz right from Classroom, instead of the Google Forms app. Notably, you will have to sign up to test the new Classroom features.

Apart from the software announcement, Google also unveiled new hardware aimed at classrooms. The Acer Chromebook Tab 10 is the first tablet designed to run the same OS as Chromebooks. It comes with front and rear facing cameras, USB Type-C charging, and Expeditions AR and VR. Google has informed that the tablet first announced in March, is available now, but the AR and VR feature coming this fall. Also, the Google has unveiled Staedtler Noris, which is a stylus designed to look and feel like a pencil. It will be available this summer.