Chrome Will Consume Up to 50 Percent Less Memory From December, Says Google

Google Chrome, the popular Web browser notorious for the amount of system memory it consumes, is about to get an update that will lessen the amount of RAM it takes up while functioning. Chrome 55, scheduled to arrive in December, will have an upgraded V8 JavaScript engine that will reduce RAM requirements by as much as 50 percent over the current version of the browser.

However, the decrease in RAM consumption won't be across the board, as the chart below from the V8 JavaScript Engine blog shows. For example, The New York Times website showed a significant drop in memory use, while the same was rather low for Twitter and The Washington Post. 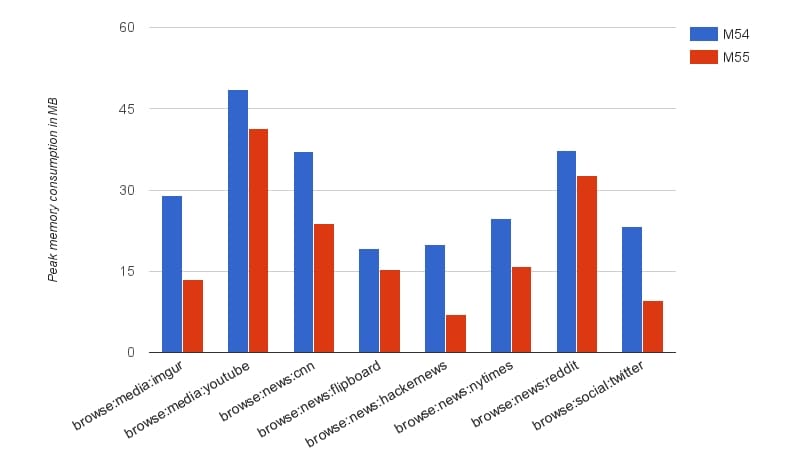 The changes will be seen on the desktop as well as mobile versions of Google Chrome, but will be more apparent on devices with low RAM (say, less than 4GB).

Though Google has said that it will release the Chrome 55 update on December 6, users can sign up for the beta version of the browser to test if the RAM consumption actually goes down.

The Internet search giant has also said that "over the next months" it will work on improving Chrome's performance on devices with 512MB-1GB of RAM.

Chrome 53 came with Material Design enhancements and started blocking Adobe Flash in favour of HTML5. Last month, Google also said that the browser has seen double-digit growth in speed as well as battery efficiency over the past year.

The version of Chrome scheduled to release in January will start labelling HTTP pages as 'non-secure' in an effort to transition completely to the secure HTTPS standard.

Chrome Will Consume Up to 50 Percent Less Memory From December, Says Google
Comment